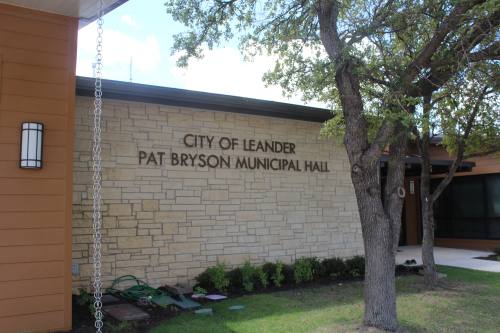 Leander City Council may reconsider changes it made to public comments.

Council Member Christine Sederquist motioned that the item be reconsidered. Council Member Michelle Stephenson seconded the motion, opening the reconsideration up for discussion among council.

Sederquist said she wanted the item to be reconsidered because the final ordinance—which restricts speaking time on non-agenda items—that passed Oct. 3 was not clear.

“At the point that we had voted on it, a lot of the issues in it were unclear and it was late at night,” Sederquist said. “I think that in all fairness it does need to be brought back.”

She noted several parts of the ordinance were confusing, including the 15-minute total time limit for public comments on non-agenda items.

Council then voted 2-5 to reconsider the ordinance, so the motion failed. Sederquist and Stephenson voted in favor of reconsidering the item.

Council Member Christine Sederquist, who voted for the ordinance Oct. 3, said she requested the item be reconsidered. A motion to reconsider the ordinance has been placed on the Oct. 17 council meeting agenda.

“I don’t think anyone really knew what they were voting for,” Sederquist said. “There was a lot of confusion in the debate.”

The ordinance caps time allocated to public comments on topics not listed on a meeting agenda to 15 minutes total. Among other changes, the ordinance also states that individuals wanting to speak on items listed on a meeting agenda can speak for three minutes each, as usual, but if more than 10 speakers sign up for an item, the time limit will be reduced to two minutes per speaker.

According to City Council’s Rules of Procedure, a council member who voted in favor of an item can request the item be reconsidered. The motion to reconsider the item can then be seconded by any member of council, according to the council rules of procedure.

Sederquist said she was never in favor of the ordinance and voted for it so that she would be able to request it be reconsidered at a later date.

“I think people need to be able to have their say,” Sederquist said. “There is stuff we don’t know about until people give public comments."

Mayor Troy Hill, who also voted in favor of the ordinance, said he hopes the motion to reconsider the item is denied. He said he feels the recent changes to public comments satisfy the public’s desire to make comments at meetings and helps keep council meetings shorter and focused on topics under council’s purview.

“I think we just [made the decision], and we don’t even know how it’s going to work yet,” Hill said. “I’d like to give it some time. If we need to make changes, we can certainly do that.”