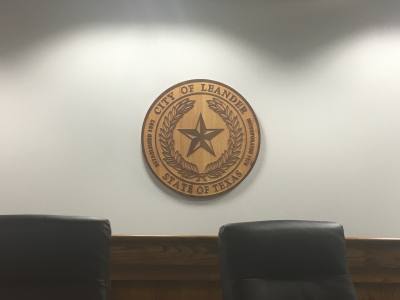 Matt Powell of Powell Municipal, the consulting firm guiding the recruitment process, said the candidate pool has been narrowed to three finalists, all of whom are from Texas and come highly regarded.

Candidates were interviewed in closed session. After interviews, City Council did not select a finalist but is scheduled “to deliberate the appointment and employment of a city manager” Oct. 17 and could announce a selection then, according to the Oct. 17 meeting agenda.

The city has been in search of a new city manager since June, following the dismissal of former Leander City Manager Kent Cagle. In August, City Council selected Troy Powell, The Colony city manager, as the finalist for the position, but he withdrew his candidacy soon after.

After interviewing candidates Oct. 14, council reconvened into open session. Matt Powell recommended council create a subcommittee to negotiate and draft a contract for the finalist once they are selected. Council voted unanimously to create the subcommittee, which will consist of Matt Powell, Mayor Troy Hill, the city’s human resources director and the city attorney.
SHARE THIS STORY