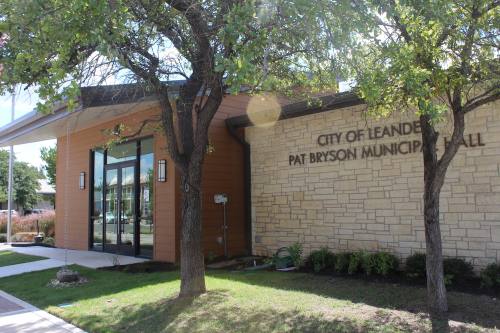 Leander City Council will continue discussing changes to public comments at its next meeting Oct. 3.

Currently during Leander City Council meetings, residents can address the council on a topic of their choosing for up to three minutes during the public comments portion of the meeting. A proposed ordinance eliminates public comments on topics not outlined in the meeting agenda, which is posted at least 72 hours in advance.

Residents would still be able to share their thoughts with council members outside of meetings by phone, email or other avenues.

The proposed change is part of an effort to make meetings run more efficiently, according to Mayor Pro Tem Chris Czernek, who helped create the proposed ordinance. Council recently passed Rules of Procedure, which govern how council members conduct themselves during meetings.

“We’re trying to find a way to move forward as a city, and I think this would help,” Czernek said.

Nine members of the community shared their concerns with council about the proposed ordinance during the Sept. 19 meeting. Many urged the council to postpone making a decision on the ordinance, since the public was not made aware of the proposed change prior to the meeting. Though an item stating council would consider action on an ordinance amending “rules governing public comments at city council meetings” was posted on the Sept. 19 agenda in advance of the meeting, the proposed ordinance outlining the specific changes was not posted.

“This was a deliberate attempt to take away the public’s voice before we could even read the thing,” Leander resident Tegan Retzer said to council. “If this is a good ordinance, then give the people a fair chance to read it and give you their thoughts.”

Czernek said the proposed ordinance had not been posted in advance because the language was still being worked out.

“In no way are we trying to be non-transparent,” Czernek said.

Mary Hengstebeck, a Leander resident, said she thinks if the public comments portion is taken away, City Council should establish town hall events so residents can still speak publicly.

“Yes, I can email [council members] and get individual comments,” Hengstebeck said. “But it’s different if I’m talking to all of you, and it’s different for other people to hear what I’m saying.”

Council Member Michelle Stephenson said she is in favor of allowing people to speak about various topics at City Council meetings.

“I would much rather leave it to where they can come to us and address us with their grievances,” Stephenson said. “We get some good positive feedback sometimes, too.”

Mayor Troy Hill said he does not feel that the proposed change takes away people’s ability to address their government. Residents can still speak publicly about items on the agenda and reach out to officials outside of meetings. He said he does not find it useful to have people bringing up issues repeatedly at meetings where the issues are not being taken up by council.

“To re-litigate things over and over and over again is not something I particularly find useful or a good use of our time,” Hill said, noting meetings sometimes run until midnight.

Council voted unanimously to postpone discussion on the proposed ordinance to Oct. 3.

Highlights of the proposed ordinance include the following: