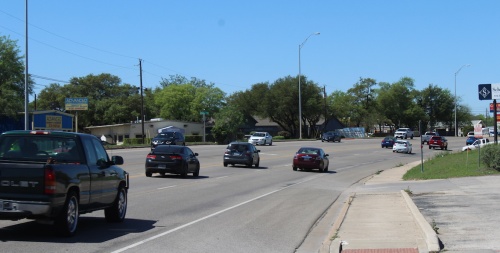 Bell Boulevard in Cedar Park will be redeveloped through a public-private partnership.

RedLeaf Properties has emerged as the frontrunner to fill the position spot as master developer partner for the Bell Boulevard redevelopment project in Cedar Park.

The city's redevelopment project plans to transform the area along Bell, between Buttercup Creek Boulevard and Park Street, into a pedestrian-friendly mixed-use development. The district will feature shopping, dining, offices, housing and the Buttercup Creek Natural Area, according to the city’s statement.

“Cedar Park has done a wonderful job in establishing a community vision for Bell and we are honored to have the opportunity to be a part of this exciting project,” RedLeaf Founder and Principal Matt Whelan said in the statement.

If council approves the recommendation, negotiations between the city and company are projected to last through 2019, according to the statement.

Some of RedLeaf’s other projects have included another public-private partnership, working with Austin Community College to redevelop Highland Mall in Austin, and serving as the co-developer for La Frontera Plaza in Round Rock, according to the release from Cedar Park.
SHARE THIS STORY