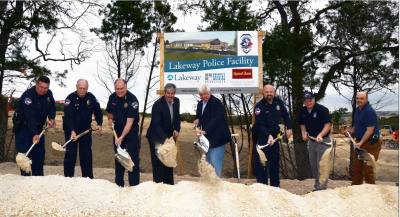 The 31,000 square-foot facility is expected to serve the growing city for the next 25 years, according to online city records. Last May, voters approved more than $23 million to construct the building, which is located on an extension of Lohmans Spur Road off Lohmans Crossing. Check out this aerial image of the site the city shared the week of Feb. 19.

When complete sometime in early to mid-2019, the police facility will contain space for police administration, patrol, dispatch, criminal investigation divisions and support services as well as a training room, staff and building support, property and evidence, temporary holding and exercise-training areas, according to city records.

The building is also expected to feature a sally port for detainee transfers and a secure parking area for police vehicles and employees’ personal vehicles.
SHARE THIS STORY