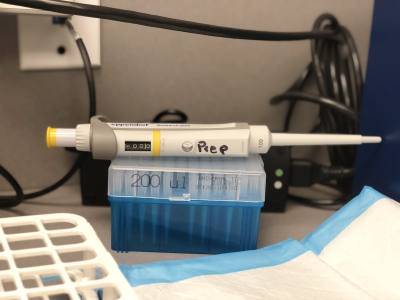 Local nonprofit Texas Health Action now offers same-day testing at its Kind Clinic for the HIV prevention medication PrEP, according to a Nov. 30 news release. The Kind Clinic is the first in Central Texas and one of the only clinics in the U.S. to offer same-day PrEP testing and access at little to no cost.

PrEP, or pre-exposure prophylaxis, is a daily pill that reduces the risk of sexually contracting HIV by more than 90 percent.

Patients interested in PrEP must be tested to determine if they have a healthy liver. Typically, the results of this test take three to five days to process, leaving patients without a prescription and susceptible to infection.

Chase Kincannon visited the Kind Clinic for the first time Nov. 28 and received a PrEP prescription.

The appointment felt like “a breath of fresh air,” Kincannon said.

“Doctors aren’t always friendly when it comes to LGBT health issues,” he said. “Even if they’re friendly, they may not be well educated.”

At the Kind Clinic, however, Kincannon felt comfortable, “like there wasn’t a question [he] couldn’t ask.”

The volunteer-run clinic, which began in 2015, provides full-service sexual health care and gender-affirming treatment at little to no cost.

PrEP is more affordable than traditional HIV treatment, which runs about $3,000 a month, according to Kind Clinic Executive Director Joe McAdams. But at $1,800 a month, PrEP is still expensive, even for patients with health insurance.

“Like most people, I have a pretty healthy deductible,” Kincannon said. “What’s important is that [the Kind Clinic is] removing every barrier [it] possibly can between the community and good health care.”

There is a growing interest in PrEP access in Austin, McAdams said, as evidenced by the clinic’s growing clientele.

On Nov. 17, the Kind Clinic opened its first stand-alone location at 1101 W. 40th St., Ste. 102, Austin, tripling its capacity after operating out of its medical director’s private office for two years.

“Our first day that we opened, we saw 26 new PrEP patients,” McAdams said. “The need is there.”

By providing same-day testing, the Kind Clinic hopes to address this need and help lower the HIV contraction rate in Austin, McAdams said.

In 2015, the latest year for which data is available, more than 5,500 people in Austin were living with diagnosed HIV, according to AIDSVu, a national database compiled by Emory University’s Rollins School of Public Health.

That same year, more than 320 people in Austin were diagnosed with HIV, and 53 deaths were attributed to the virus.

McAdams and Kincannon both said stigma around sexually transmitted infections still exists, which can lead to people not getting tested and unknowingly infecting others.

In addition to its free services and accelerated testing technology, the Kind Clinic also offers a “judgment-free environment,” McAdams said.

“Providing STI testing and treatment shouldn’t be a shameful experience,” he said.
SHARE THIS STORY

The facility is a dedicated hepatology clinic for the Greater Austin region.

JuiceLand coming to Round Rock in November

Round Rock will be gaining its own Juiceland location in November, located in La Frontera Village.