Blue Hole Park is a scenic area surrounded by limestone cliffs located along the South San Gabriel River. Its amenities include picnic areas, restrooms and wading areas, Parks and Recreation Director Kimberly Garrett said. The park is currently closed to the public until further notice to help enforce physical distancing.

“When the river is flowing, it provides for a very popular swimming destination,” she said. “This area continues to gain popularity due to its natural beauty and easy access.”

Garrett said that due to its proximity to downtown and access to water, Blue Hole Park has seen visitation grow substantially over the years.

“On a given day, park staff take numerous calls requesting the status of Blue Hole Park and directions on how to get there and where to park,” she said. “The safety and security of our parks is a priority. Making sure Blue Hole Park is a place where families feel safe bringing their children is also important.”
RELATED STORIES

Over the past 10 years, there has been an increase in negative behavior at Blue Hole Park. Garrett said this is evident in the number of calls for service provided by the Georgetown Police Department. 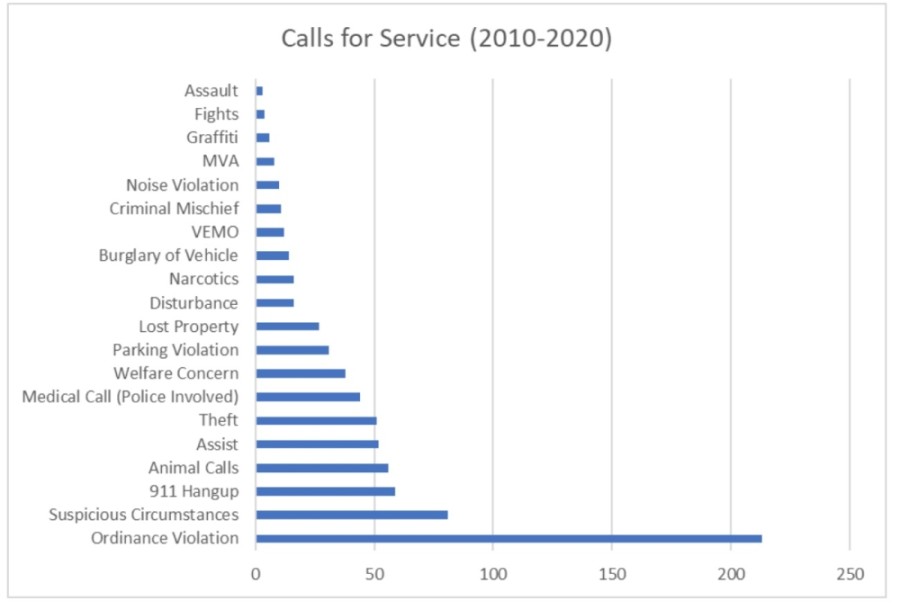 The primary causes for calls for service over the past 10 years are ordinance violations, which are overwhelmingly related to reports of people jumping off the cliffs at the park, which is prohibited, according to documents prepared by Assistant Chief of Police Cory J. Tchida. 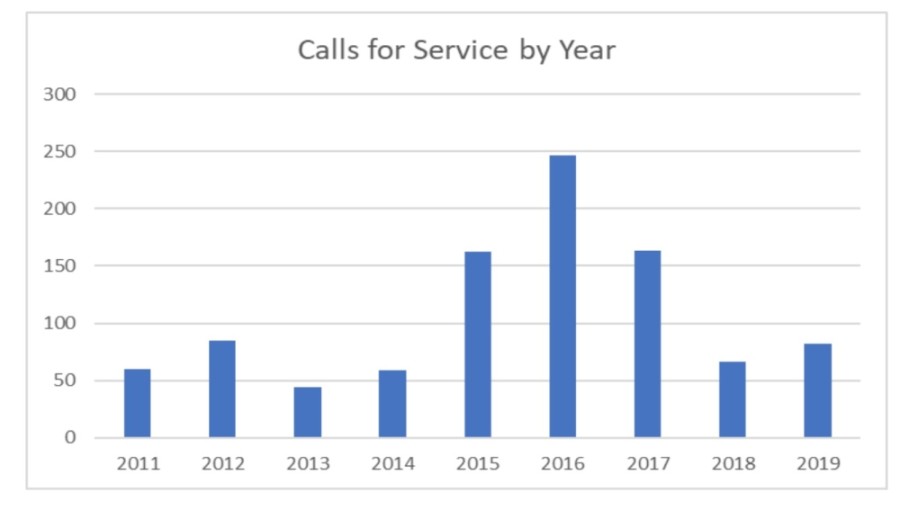 “This sustained period of drought would have a significant effect on the flow of the San Gabriel River, making Blue Hole Park significantly less attractive for visitors,” Tchida said in the documents. “The sharp increase in calls for service coincides with the [onset] of the drought.” 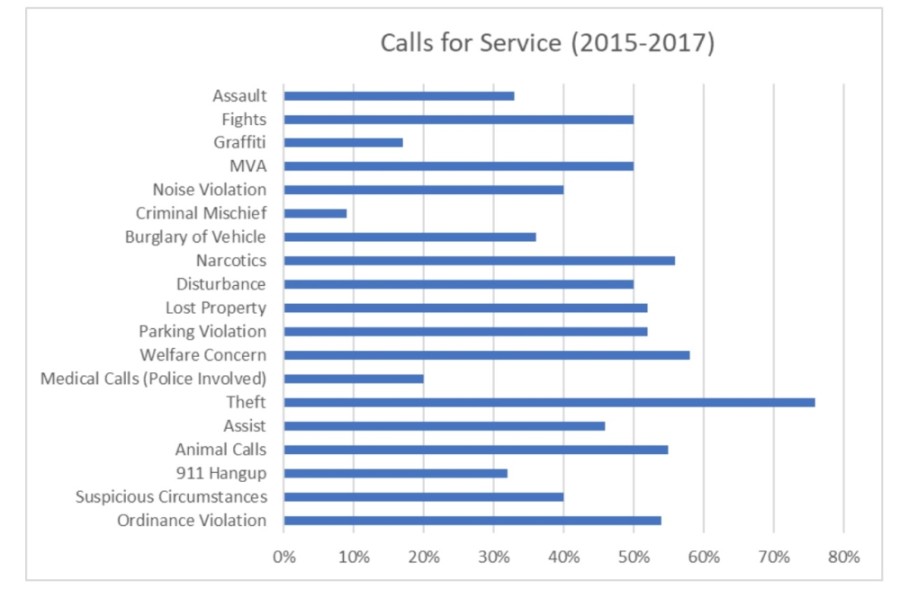 Tchida said the declines in calls for service in 2018 and 2019 were due to a decision to proactively staff Blue Hole Park with police officers on overtime assignments. The officers were assigned to the park during peak times, and the decision caused calls for service to be reduced by 60% in 2018-19 as compared to 2015-17. 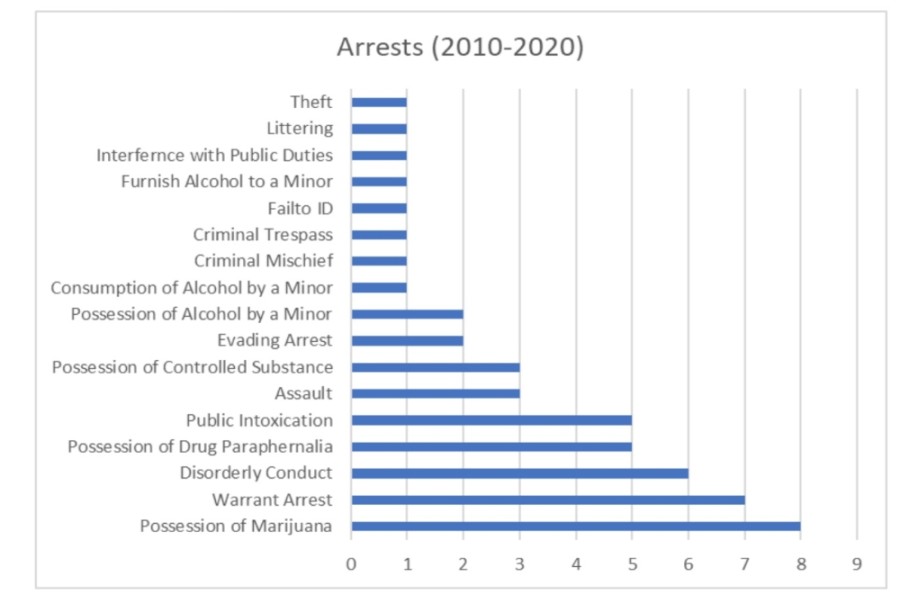 The above chart notes all the arrests at the park over the past decade. Tchida said arrests here include those people who have been taken into custody physically and those who were issued a citation.

“What is missing from the analysis is the nexus alcohol potentially has to the data set in its entirety,” Tchida said in the documents. “If only the categorized alcohol offenses are reviewed, it will not give a true representation of the outcomes of excess alcohol consumption in Blue Hole Park. Disturbances, fights, welfare concerns and even medical calls can and often do have alcohol as a proximate cause. Each of these calls types is in the top 20 types of calls received in the park.”

Other Texas entities that either ban alcohol completely from all their parks or from some of their parks include San Marcos, New Braunfels, Travis County Parks, Austin, Harker Heights, Houston, Kyle, Waco, Abilene and Tyler, Garrett noted, adding that all cities surveyed also prohibit alcohol at their swimming pools, just as Georgetown currently does. She said since Blue Hole Park is considered a swimming area, the new ordinance is consistent with prohibiting alcohol at city swimming pools.

New signage will be placed in the park notifying people of the new prohibited practice, which is enforceable by ordinance.