On Feb. 24, Williamson County detective Mike Klier urged Williamson County commissioners to do more to care for the mental health of its officers, particularly those placed on administrative leave. (Ali Linan/Community Impact Newspaper)

While unable to speak to the specifics of his leave, on Feb. 24 Klier urged the Williamson County Commissioners Court to do more to care for the mental health of its officers, particularly those placed on administrative leave.

Klier said officers were purposely cut off from communication with the office as part of their administrative leave punishment, a discipline that could lead to feeling isolated and alone and therefore has the potential to lead to suicide.

Klier added that no one outside of the WCDA has checked on him to ensure he was doing OK while not working.

“We, at the sheriff’s office, respond to dozens of welfare concerns a month to support our citizens, their fears and friends, yet our employees suffer in agonizing silence,” Klier said. “There is a feeling that comes with being cut out from the organization that they come to every day willing to lay down their lives.”
RELATED STORIES

Klier said he wanted to work with the Commissioners Court to ensure the mental health of officers on leave—who are still considered employees and are still receiving pay and benefits—are taken care of.

According to a September study by the Addiction Center, police officers are more likely to die from suicide than the general population. It found that while 13 of every 100,000 people in the general population died by suicide, it increased to 17 out of 100,000 for police officers. While the sheriff's office has not experienced any suicides, Klier said he did not want that to change.

Services include access to school counselors, teletherapy and family therapy.

The parks will close at sunset April 9 until sunrise April 13. 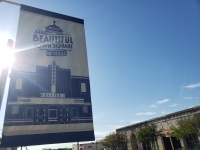 The chamber connects over 1,000 member businesses and professionals and is one of the largest chambers in Central Texas.