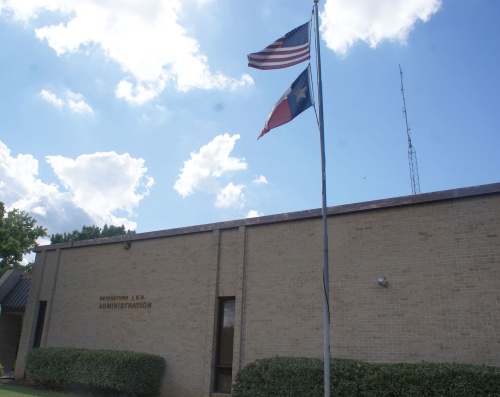 The Georgetown ISD Administration Building is located at 603 Lakeway Drive.

On Monday, the Georgetown ISD board of trustees approved keeping its tax rate the same as last year for fiscal year 2018-19.

Even with maintaining the tax rate at $1.409 per $100 of taxable value, the average homeowner will most likely see an increase in the amount of taxes they pay due to higher property values. The average market value of a home this year is $325,538, which is up from $311,771 reported last year, according to a public notice released by GISD in June. Using the same tax rate as this year, the average property owner could see an increase in taxes by $185.25 for next year, according to the document.

The tax rate comprises $1.080 for maintenance and operation and $0.329 for debt service.

GISD Chief Financial Officer Pam Sanchez said the board did not want to increase the tax rate but could not lower them either.

"We can't decrease the tax rate because the state will cut funding," Sanchez said, adding that if state aid was cut, the district would be in the red financially.

Sanchez said this is because state funding is directly tied to the maintenance and operations tax rate. If the tax rate is too low, the district will receive less funding.

Sanchez added that she was able to refinance the district's debt over the last six years, decreasing the amount of interest owed by $23 million. The district also found itself about $10 million in surplus from the 2015 bond, of which $3 million went toward the new west side bus terminal and adding secure entrances at Georgetown and East View high schools. The remaining $7 million will go toward other bond projects approved within the bond parameters, Sanchez said.