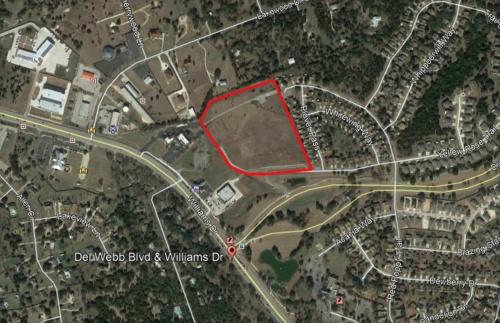 MedCore Partners of Dallas and The National Realty Group of Houston have purchased 13.75 acres of land northwest of the intersection of Del Webb Boulevard and Williams Drive in Georgetown.

The two firms announced Thursday they have purchased 13.75 acres of land northwest of the intersection of Del Webb Boulevard and Williams Drive in Georgetown.

Preliminary development plans call for a 314-unit development built in two phases. The initial phase would build 229 apartments, including 125 for independent living, 80 for assisted living and 24 for memory care. A second construction phase would add 85 units.

Construction is anticipated to start in early 2019 with the first phase opening in August 2020, according to a news release.

Amenities would include indoor and outdoor dining venues, a fitness center, dog-friendly walking trails, an outdoor swimming pool, a salon and spa, and golf cart parking.

“TNRG and MedCore Partners are extremely excited to offer a first-class community that seniors in the Georgetown area will be proud to call home,” Jon Spears, vice president at The National Realty Group, said in the news release. “Offering services and compatible design with the surrounding community is important to us. We look forward to soliciting input and ideas about our project from the Sun City neighborhood.”

The proposed community near Sun City would be managed by Integral Senior Living, a company based in Carlsbad, California.