The one-month snapshot has dropped significantly from TWC’s March 16-April 16 report, when Georgetown had 3,113 claims, the highest number of claims within a month since the start of the coronavirus pandemic.

Here is a breakdown of unemployment claims in Georgetown’s three ZIP codes as well as a combination of that data to represent the city. The mapping was developed by the TWC Labor Market and Career Information Department.
RELATED STORIES

• See a list of hospitals in the Georgetown area

• Georgetown workforce continues to see the impact of coronavirus 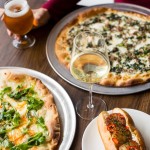