'I definitely was disappointed': Southwestern University students reflect on a year cut short

Southwestern University senior Mary Cardone is regarded as one of the greatest female athletes to ever attend the school. (Courtesy Mary Cardone)

For a year and half, Southwestern University senior and theater major Clayton Brooks had been planning for his senior capstone production of “Stupid F##king Bird”.

Brooks, along with eight other involved students, planned to show their work April 17-19 and again April 24-29, but that plan changed March 19 when the university announced it would be moving to distance learning for the rest of the semester due to coronavirus concerns. Subsequently, all university events, including the play, would be canceled.

“We were almost a year and a half into the show,” Brooks said. “That final project was something that we truly believed in, so it was special to us.”

Brooks, the director, said the play was put on entirely by students, including the directing, costume and set design, and lighting and acting. Seven of the nine students working on the project were seniors, Brooks said. 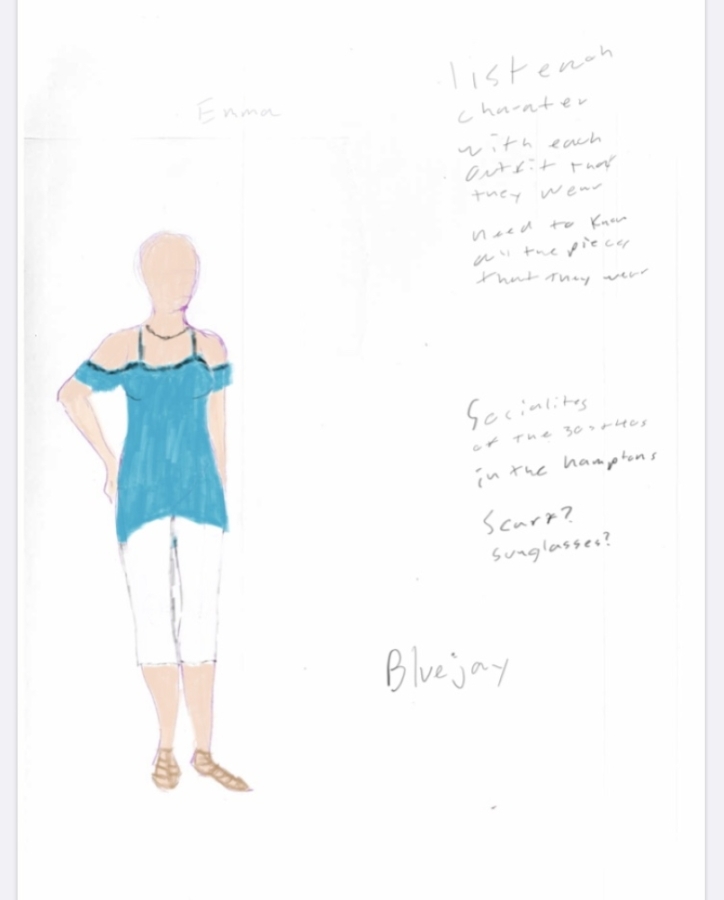 The play was a modern adaptation of a 1890s Russian play “The Seagull” that told the story of Con, a struggling playwright who attempts suicide after learning a girl he loves is in love with someone else.
RELATED STORIES

Brooks said the play—in the form of meta theater—is self-aware and the characters in the play know they are acting and break the fourth wall, a realization that comes to the audience at the end and one Brooks said he wished he could have seen.

“We all acknowledge the hard work we've done and the love we put into this,” Brooks said. “We've all become great friends. It's unfortunate, but we look forward to working together in the future and putting on another piece of art together.”

Cardone is acclaimed by SU as one of the, if not the, greatest female athletes to have ever played at the school. The women's tennis team became the highest nationally-ranked program in the Southern Collegiate Athletic Conference for the first time in program history, according to the Southwestern University website. And Cardone said she and her team were on track to make it to the national championship—also a first in university history.

“It was definitely pretty heartbreaking to get notified that we weren’t going to have a season anymore,” Cardone said. “I definitely was disappointed, but I think it was obviously the right decision given everything that was going on.”

Cardone said the team was scheduled to play in California, a week that would play a major factor in rankings, when the school announced its closure for the rest of the semester, moving to distance learning.

Cardone said she began playing tennis at the age of 10 and knew in high school she wanted to play at the collegiate level. Last year, she was named to the Intercollegiate Tennis Association DIII All-America team.

“It was just really unfortunate that it had to be at such an important time [in the season], not only for me, but for the other senior athletes and just other athletes in general,” Cardone said.

But for her, the hardest part is missing out on all the experiences that come in your last semester of college.

“I didn't even know it was my last class or the last time that I was doing something,” Cardone said. “It's kind of disappointing ... but everything that we've been through is definitely going to make us the people that we are today.”
Southwestern University Coronavirus (COVID-19)
SHARE THIS STORY

The campaign finance reports come 30 days before the May election.

The business is located just north of the Square on South Austin Avenue.

Georgetown Pediatrics to open this spring

The medical practice will be located on Williams Drive.