Garey Park finally opens and 3 other things to do in Georgetown this weekend, June 7-10 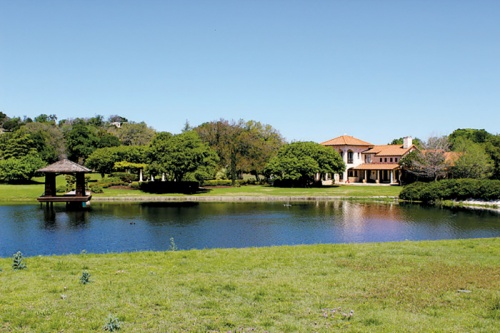 Here is a roundup of upcoming events and things to do in Georgetown.

1. “The Daytripper” 100th episode celebration
Emmy Award-winning travel show “The Daytripper,” hosted by Chet Garner, will host a downtown Georgetown street party to celebrate the show’s 100th episode. The event will include live music, raffles and a meet-and-greet with Garner, who has served as the show’s host through its nine seasons. 7-9 p.m. Free. South Main Street. thedaytripper.com/the-daytripper-100th-episode-party

2. Music on the Square with Jeremy McBee
Jeremy McBee is a pop, jazz and country singer from Austin. The summer concert series is held most Fridays from June through August. 6:30 p.m. Free. Historic Williamson County Courthouse Lawn at 710 Main St. 800-436-8696. visit.georgetown.org/music-on-the-square-concerts/

3. Garey Park grand opening
The city of Georgetown will host a day full of events June 9 for the official opening of the 525-acre Garey Park. The park will open with a ribbon-cutting ceremony at 10 a.m. and will remain open to visitors until 8 p.m. Entry fees to Garey Park will also be waived for its first two weeks of operation, according to the city. 10 a.m.-2 p.m.. Free. 6540 RM 2243. 512-930-6800. parks.georgetown.org/gareypark

2018 ROT Rally
The Republic of Texas Biker Rally celebrates its 24th year with a musical performance by ZZ Top. The four-day event will include dozens of motorcycle attractions, vendors and the ROT Motorcycle Parade through downtown Austin on Friday. Thursday-Sunday. Travis County Expo Center, Austin. 512-906-9954. www.rotrally.com/