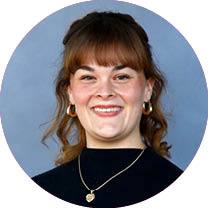 City Manager David Morgan presented the budget total to be $722 million with almost half, 43.61%, or $314 million, anchored to development services, communications and public engagement.

This is a $239 million increase from last year's budget.

The overall goal of the budget is to maintain city services in response to high residential and commercial growth, the demand of city services, inflation costs and supply demands, Morgan said.

Morgan also discussed that Georgetown’s property value increased by 35%, including the addition of $985 million in new properties.

The no-new-revenue rate adjusted for sales tax is $0.320961, which represents the rate that would be needed to produce the same revenue as the previous year, according to staff.

Other highlights in the proposed budget include the following:


Before approving the budget and tax rate Sept. 13, City Council has asked residents for their feedback. The proposed budget and comment submission form can be found at https://finance.georgetown.org/.