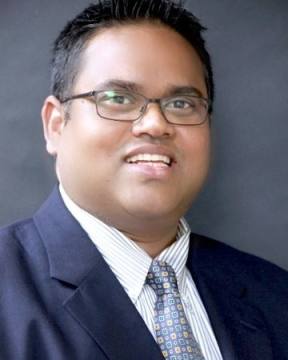 Daniel Bethapudi was named the new general manager for the electric utility for the city of Georgetown Sept. 18.

Daniel Bethapudi has been named the new general manager for the electric utility for the city of Georgetown, according to a Sept. 18 news release.

After a nationwide search, Bethapudi was selected from a pool of more than 50 applicants to serve in the new role. He will be taking on responsibilities currently held by long-time general manager Jim Briggs, who is retiring Sept. 30, the release said.

Bethapudi currently serves as the assistant director for College Station Utilities, directing and managing transmission and substation operations and overseeing strategic planning and power supply functions, the release said. While in College Station, Bethapudi successfully restructured and replaced multiple energy contracts, resulting in average annual savings of approximately $15 million, it said. He also developed and implemented a risk management framework and a governance model to equip decision-makers at all levels of the organization to properly assess risk related to energy, it said.

“It was not easy to make the decision to leave College Station,” Bethapudi said in the release. “I moved here to attend graduate school and ended up staying more than 15 years. But Georgetown offers a unique opportunity for me and my family. I look forward to addressing the current challenges facing the electric utility, ensuring this great institution remains an asset for the community for years to come.”

In Georgetown, Bethapudi will oversee Georgetown's electric utility, which serves nearly 27,000 customers. Reporting directly to the city manager, the new general manager will be responsible for more than 75 employees and an annual operating budget of $77.4 million, the release said.

“Daniel is uniquely qualified to lead our electric utility through its current financial challenges. He has a track record of restructuring energy contracts, improving risk management practices, and achieving financial excellence,” City Manager David Morgan said in the release. “We’re excited for Daniel to join the City of Georgetown team. He’s a natural fit for our organization, and I am looking forward to working with him.”

Prior to College Station, Bethapudi served in several roles at Navasota, Texas-based Mid-South Synergy, including as the manager of engineering and information technology as well as the interim chief operating officer, the release said. He concluded his time at Mid-South as the vice president and chief financial officer, directing finance, engineering, information technology, and electric operations, the release said.