The city of Georgetown is working to mitigate its energy issues with a concrete set of plans moving forward.

The city of Georgetown is moving forward with three concrete plans as it continues to mitigate its energy issues through the fall.

In November, Georgetown City Council was informed of a $6.84 million loss of revenue in its fiscal year 2017-18 electric fund budget—$1.97 million instead of the projected $8.81 million. This was due to the city over-purchasing power and selling the excess back to the market at a loss after energy prices dropped.

Since then, city officials have said they are moving swiftly to right the problem.

“We have been actively working on a plan since we identified this current issue back in November and have been on an active strategy to make improvements,” Georgetown City Manager David Morgan said.

In March, the city hired Schneider Engineering to assess the city’s energy management. The subsequent report was completed in May and provided three recommendations.

The first was to hire a third-party energy-management partner that would help respond to changing energy market conditions. Morgan said the city is in the final stages of this recommendation and intends to present finalists to council in August.

The report also recommended the city develop a comprehensive risk-management policy that will set boundaries to risk tolerances and guide the city in decision-making at all levels of the electric utility as well as make better use of the power cost adjustment, or PCA, which allows the city to recover costs associated with purchasing energy. The city raised the PCA on Georgetown Utility Systems customers’ bills in February and again in June.

Glenn Dishong, current director of utilities, has been named director of water utilities. The city has started the search for a general manager of electric. Morgan said he expects a replacement to be named in late September or October.

Morgan added that by receiving outside expertise, the city will better be able to minimize its losses.

“We need to provide as many tools in the toolbox to edge trade and clear excess energy,” Morgan said.

Georgetown Mayor Dale Ross said while these plans are in the short term, the city is also looking at long-term solutions and how to best to handle its long-term power supply contracts.

For example, Ross said City Council is looking into opting-in to the competitive retail market as well as the risk associated with such a move and what that would mean for city and its customers. Opting-in would mean GUS would join the deregulated energy market and be able to sell its excess energy to others in that market.

“We want to study [the utility department’s] long-term government structures,” Ross said. “Everything is on the table for electric utility.”

Larry Olson, a member of the Georgetown Neighborhood Alliance, said he believes the city should take alternate routes to mitigating its energy issues.

Olson, who has negotiated $7 billion worth of requests for procurement, or RFPs, said he believes the issue with the city’s contracts began with RFPs that lacked necessary detailed information.

The city has put out three RFPs—one for a management assessment completed by Schneider Engineering, one for a new energy-management team and one for consulting on risk-management policies. Olson said the requests lack details that should be in all well-drafted RFPs, and due to the lack of information, restrictions can be put on negotiation tactics.

Olson added that if the three RFPs stand as examples of the RFPs the city used when contracting the energy, he can see how it fell into some issues.

“If you don’t have any details in [the RFP] once you get into contract negotiations,  it’s difficult,” Olson said. “You need good specifics in the RFP so you don’t have broad conversations.”

The city has not disclosed its energy contracts or details. Texas open records law considers energy rates trade secrets and exempts their disclosure through public-record requests.

Morgan said he cannot discuss the energy contracts and energy production beyond what has been shared to the community due to legal advice, but he said he is committed to sharing as much information as possible.

GUS has been owned and operated by the city of Georgetown since 1911 and provides two major functions—power generation done through contracting without outside sources and power distribution.

Chris Hamilton, a Georgetown resident who has an information technology background in energy trading markets, said the city is doing fine in transmission and distribution but can seek alternate solutions in mitigating its issues with power generation.

The city has two major energy contracts—a wind contract with Spinning Spur 3 and a solar contract with Buckthorn. The city also has smaller contracts with Mercuria and American Electric Power which powers Southwestern University. Hamilton said because the city only has two main contracts, all of its risk is concentrated.

If the city was to sell the contracts to a company that owns multiple contracts across different power sources, the company is better able to absorb losses.

“It really is all about risk,” Hamilton said. “If the city continues to own and manage those contracts and bring in consultants, those consultants can only do so much. They can move the needle just a little, but what you have to do is you have to distribute the risk.”

“The source doesn’t really matter; what really matters is that you have multiple sources of  generation that are geographically distributed,” Hamilton said.

Morgan said it is more complex than a simple solution, such as selling off GUS.

“People think that if we just sell the utility or just deregulate or just have someone buy out our contracts that it would make current circumstances go away, and those, unfortunately, aren’t simple solutions,” Morgan said. “It’s important to have a multiprong strategy to address our current conditions.”

Ross said GUS has seen its share of ups and downs due to the market, but since 2008 it has also had a return on investment to the city’s general fund of about $50 million.

Ross said if the city was to sell off GUS, tax rates would increase by about 20% if the city wanted to continue to provide the same level of services.

“I think everybody should take a deep breath,” Ross said. “We’re working the challenge. We’re going to fix the electric fund, and in a couple of years I think everybody is going to be happy we made this decision.”

Correction: Larry Olson's name was misspelled in the print version of this story.
SHARE THIS STORY 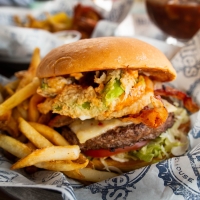 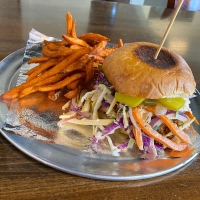 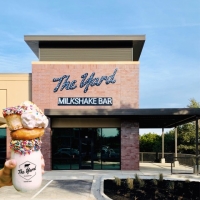 The Yard Milkshake Bar is coming to Georgetown this spring

The Yard Milkshake Bar will be located in the Wolf Crossing center. 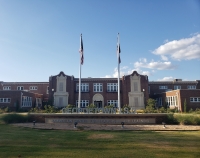 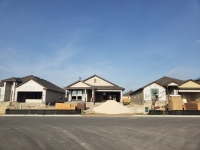 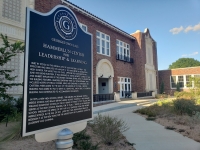