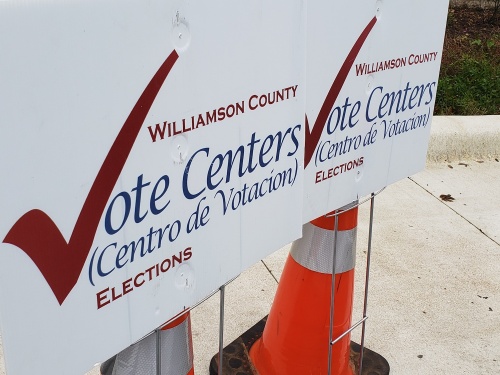 More than 200,000 ballots were cast in Williamson County in the 2018 midterm elections.

Gravell, Long and Boles were all Republican candidates for their respective seats. The trio will likely be sworn in Jan. 1.

"There is a reason why [people] move here,” Gravell said in his acceptance speech. “It is because [Williamson County] is a place for jobs, and we offer prosperity, and we offer a place to work together to make a difference.

“This signals a new era in Williamson County,” Conklin said in a press release. “Though I came up short, I am proud of the campaign we ran. We showed that Democrats can compete in WilCo. The era of one-party dominance is over. Competitive elections are good for democracy.”

Scott Heselmeyer and Nancy Rister held onto their seats as county treasurer and clerk, respectively.

For all election coverage visit communityimpact.com/vote
SHARE THIS STORY