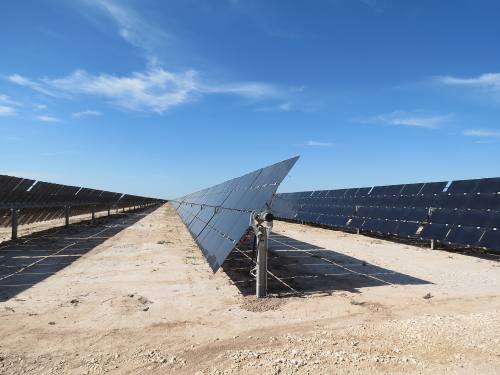 A plan to lease space on rooftops of homes and businesses to install solar panels has earned the city of Georgetown $1 million from Bloomberg Philanthropies as part of the U.S. Mayors Challenge.

This summer, Georgetown became the largest U.S. city to purchase all of its energy needs from renewable sources. The city has contracts with NRG Energy’s Buckthorn solar plant in West Texas and EDF Renewable Energy’s Spinning Spur 3 wind farm, located near Amarillo.

Georgetown submitted its application to the U.S. Mayor’s Challenge in October 2017. The city was named one of 35 finalists in February and received $100,000 from Bloomberg Philanthropies to develop its proposal. The city of Austin was also named a finalist.