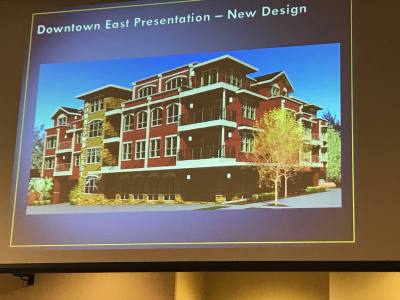 City staff displayed an updated design concept Tuesday, Jan. 9, for the proposed development at 204 E. Eighth St., which was denied a certificate of appropriateness.

The Georgetown Historic and Architectural Review Commission’s denial of a proposed four-story, mixed-use building on the downtown property that was once home to the popular Eats on 8th restaurant will stand following a City Council vote Tuesday.

By and large, the central theme of public commentary during the Sept. 8 meeting centered on opportunities for more financial growth, infrastructure improvements, civic contributions and student mentorships.