Georgetown loses title as fastest-growing U.S. city—find out where the city ranks now

Georgetown lost its spot atop the list of fastest-growing U.S. cities, according to U.S. Census 2015-16 population estimates released today, but the city remains in the top 5 rankings.

With an estimated population of 67,140 people, Georgetown grew by an estimated 5.5 percent between mid-2015 and mid-2016. That places the city fifth nationally behind four other Texas cities—Conroe, near Houston, ranked No. 1, and two Dallas suburbs, Frisco and McKinney, placed second and third, respectively. Greenville, South Carolina, finished fourth.

This is the first year in the past half-decade that a Central Texas city has not topped the rankings. Prior to Georgetown’s top ranking in 2016, San Marcos was the country’s fastest-growing city for three years in a row.

Georgetown has finished within the top 10 every year since 2012. Here is how Georgetown’s population has grown during that time: 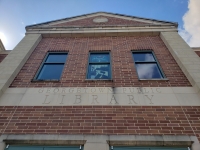