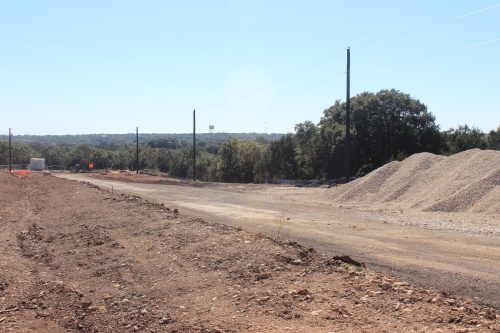 The delivery of 120 precast bridge beams in convoys of six trucks at a time will lead to brief road closures on SH 29/University Avenue and on Leander Road at the I-35 intersections.

The steel-reinforced concrete beams will be used to construct bridges over the South San Gabriel River and an unnamed tributary as part of the Southwest Bypass project.

March 20-22
From 9 a.m. to 4 p.m. each day, there will be closures of approximately 5 minutes in duration on University Avenue at the I-35 intersection. During each closure, Georgetown police will stop traffic to allow the trucks to pass.

March 23-24
Between 9 a.m. and 4 p.m. each day, police will close Leander Road at the I-35 intersection for brief periods so trucks can pass through the intersection.

Once at the bridge site, each beam will be lifted from the transport truck with two cranes and lowered into place on bridge supports.

Southwest Bypass is a new north-south arterial that will connect with D.B Wood Road and Leander Road. The construction contract for the Southwest Bypass has a completion date in late 2018; however, the contractor is ahead of schedule, the city said.