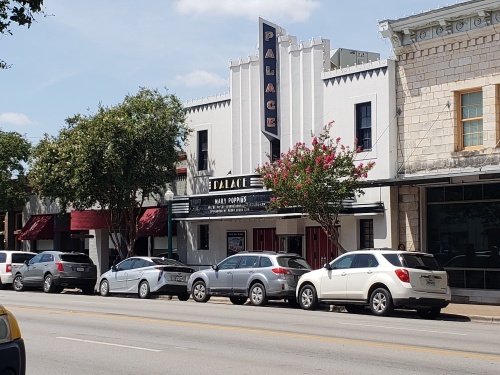 The Georgetown Palace Theatre is a nonprofit organization dedicated to providing quality and affordable entertainment.

Butler retired in order to spend more time with family, the release said. However, she will continue to serve as executive consultant to the board of directors.

“She has played a critical role in bringing The Palace from near bankruptcy to a multi-million-dollar non-profit operation," said Board President Art Rodriguez in the release. "Her devotion to The Palace and her leadership throughout the years has made a lasting impact on generations of students and actors."

Butler will be replaced by Ron Watson, who has served as technical director from 2006 to 2019, the release said.

“Mary Ellen has contributed 18 years of experience to The Palace, and her achievements and leadership will not be forgotten," Watson said in the release. "I am excited to take on this responsibility and look forward to working closely with the board to continue to grow The Palace."

The Georgetown Palace Theatre, Inc. is a non-profit organization dedicated to enhancing the quality of life in Georgetown and Williamson County by providing a venue for quality and affordable entertainment and educational opportunities in the performing arts.