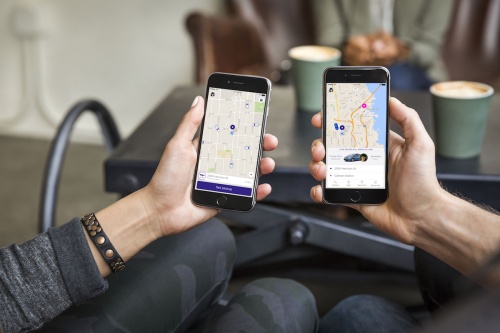 Ride-hailing company Lyft was scheduled to have a meeting Monday with Austin City Council Member Sheri Gallo, but canceled an hour before the meeting, according to Gallo's office.

Two ride-hailing companies that left Austin in May have attempted to reopen lines of communication with Austin city officials.

District 10 Austin Council Member Sheri Gallo was scheduled to meet with the ride-hailing company Lyft on Monday, but company officials claim the meeting was canceled after Gallo suggested the presence of the company’s executive team was not necessary.

Lyft, as well as its chief rival Uber, suspended operations in Austin following the city’s May passing of Proposition 1, which requires drivers of ride-hailing services to undergo fingerprint-based backgrounds checks.

The meeting, originally scheduled for Monday with Lyft contractor Melody Clark—who runs a state and federal advocacy firm in Austin—was intended to be a meet-and-greet, according to a statement released by Gallo’s office. No policy discussions were going to take place.

“We suggested to Ms. Clark that it would not be necessary to bring Lyft executives from California because the meeting with Ms. Clark was originally set up as a meet-and-greet,” Gallo said in the statement. “We were still happy to meet with Ms. Clark for our scheduled meeting.”

An hour before the scheduled meeting, Clark called Gallo’s office and canceled, according to the statement.

"Since Lyft was forced to leave Austin, passengers have seen much longer wait times for rides and drivers have lost an important economic opportunity," she said in an email. "People in Austin are simply not better off than they were before May 8."

Gallo said the meeting with Trevor Theunissen, Uber’s new public policy director for the southeast region, was also treated as a meet-and-greet.

“I encourage Uber to provide their services to Austin residents and operate under the current regulations, as nine other transportation network companies have agreed to do,” she said in a statement.

Since the May Prop 1 vote, nine companies—including Fare, Fasten, Get Me, Wingz, RideAustin. zTrip—are operating in Austin, according to a memo from Robert Spillar, director of the Austin Transportation Department.

The memo to City Council, which was released Monday, shows all ride-hailing companies operating in Austin are in compliance with the fingerprinting requirements.

The ride-hailing companies were given an Aug. 1 deadline to make sure at least 50 percent of their service uses compliant drivers.

Spillar said the Austin Transportation Department received about 3,771 background checks for drivers of ride-hailing companies since January, and more than 350,000 trips were provided in July.

He said the companies recorded 8,985 drivers in Austin but noted one driver may work for multiple companies.

Uber responded to the report, claiming it confirmed what many people in Austin were “concerned about all along”—that fewer trips are taking place in Austin, and with fewer drivers earning an income.

Uber and Lyft are still operating in the Austin suburbs and throughout Travis County outside Austin’s city limits. Drivers are able to transport passengers to or through Austin but are prevented from picking up passengers in the city, according to the companies.

Uber also continues to operate UberEATS, a meal delivery service separate from its ride-sharing platform, with recent expansion to parts of South and Northwest Austin.