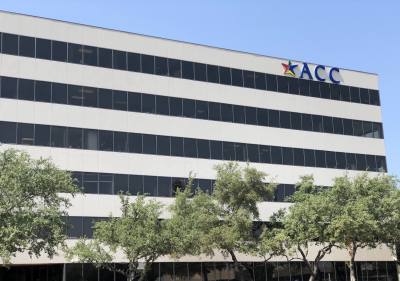 The Austin Community College board of trustees approved the community college district's second bachelor's degree program at its May 6 meeting.

Next year, the community college district will begin its second bachelor’s degree program with a similar goal——helping members of the local workforce advance their careers——albeit in a different sector of the local economy.

The Bachelor of Applied Science program in Computer Information Technology will have three specializations when the program begins at ACC in the spring semester of 2020: software development, cybersecurity and data science. ACC’s board of trustees approved the program unanimously May 6.

Mike Midgley, the vice president of instruction at ACC, said the community college identified the information technology sector as an important area to expand its academic offerings.

“We think (IT professional development) is the most important thing to do next after health sciences, given our regional economy,” Midgley said.

According to an ACC press release, the tech industry has grown nearly 25% in the past five years in Central Texas. At the May 6 board of trustees meeting, Midgley said many companies in that growing industry require employees with bachelor’s degrees, and the new program will target students who already have an associate degree with a goal to better prepare those students to enter the workforce.

Linda Smarzik, ACC’s dean of computer science and information technology, said salaries in cybersecurity, software development and data science generally range from about $75,000-$90,000. According to Smarzik, a student survey of computer science students and recent graduates found that 91% of 682 respondents expressed interest in the program.

According to board documents, ACC plans to begin the program with 60 students in its first two classes in 2020, then gradually increase by 20-40 students per year.
SHARE THIS STORY

The survey will collect feedback from participants about several proposed transportation projects in the area, including seven in New Braunfels.

Damage to the roadway has caused some delays to the project, which has been ongoing for over two years.