UPDATE: 6 months later, Black Star Co-op not 'out of the woods yet' 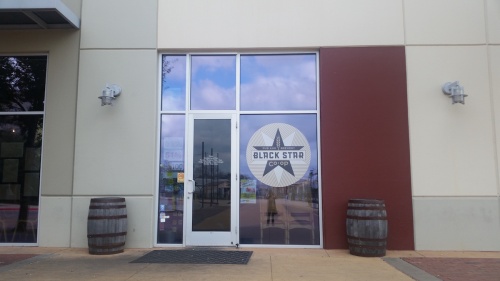 Six months after issuing a call for help as sales reached an all-time low, a co-founder of Black Star Co-op said while sales have been looking up, the brewpub is not "out of the woods yet."

"Although the response to Black Star’s call to arms in January was successful in improving our working capital, sales beyond January have remained historically low," Johnny Livesay, who also serves as kitchen team leader, wrote in the July 5 post on Black Star's website. "If we do not see improvement in our sales, we will be heading towards a similar cash crunch in the fall."

In January, the cooperative brewpub, located in the Midtown Commons mixed-use development at 7020 Easy Wind Dr., Ste. 100, sent a letter to its members saying if sales didn't improve the establishment would likely shut down.

Black Star Co-op had its highest sales ever two days after putting out a letter seeking support.[/caption]

A few days later, Black Star was getting sales it would typically see during a historically good Friday or Saturday night, according to Larry Watson, who served as a member of the Black Star business team handling marketing for the brewpub. A call to Black Star Co-op confirmed Watson no longer works at the brewpub.

At the time, Watson told Community Impact Newspaper that Black Star was looking for long-term solutions to improve service and grow sales.

Livesay said in an exclusive interview that since January, Black Star's board of directors have been exploring possible changes to the co-op’s overall worker structure, including hiring a general manager to lead the four teams that make up the co-op: the front of house team, the kitchen team, the business team and the beer team.

Black Star is one of few businesses in Austin that operate as a co-op, meaning members invest in the business, have voting power on big-ticket issues, receive beer discounts and eventually—if the business is doing well and investors have contributed a certain amount of money—receive dividend payouts. Workers are paid a living wage, and tipping is not accepted.

Livesay said the management teams have been trying to cut costs wherever possible while spending money on things like an outside marketing company and a new weekend brunch service to bring more customers to the business.

Last year around this time, Black Star was averaging 8,200 customers a month, Livesay said. This year, that number has dropped to 6,200 a month.

"We're not as sexy as we were seven years ago," he said, pointing to the large number of brewpubs that have opened in Austin in recent years.


"That's been our biggest challenge—identifying areas where we know we can make improvements [and] continuing to implement those while trying to be thrifty and spending money to make money."

He said he is trying to be transparent about Black Star's finances to the brewpub's 3,500 members through newsletters and blog posts, and that for the most part, members have been supportive.

"We're just trying to figure out how to make it work for everybody," Livesay said. "That's been our biggest challenge—identifying areas where we know we can make improvements [and] continuing to implement those while trying to be thrifty and spending money to make money."

Questions over whether to renew the lease at Midtown Commons, which is up in 2019, or move are also being posed, he said.

Livesay attributes Black Star's location—tucked away in the corner of the mixed-use development with few parking spots available—to a "good amount" of declining sales. Black Star is also one of three bars in the retail section now, which he said has also affected sales.

"We know we can't grow our sales too much here," he said.

If the brewpub were to move, Livesay said the team would have to go back to the drawing board and decide whether to operate as a full-service restaurant—which, in Austin, is typically limited to commercial zoning where rent is more expensive—or convert to a brewery with a food truck on site in a light industrial zone where rent is less expensive.

Livesay said while there is a sunset committee looking at what would happen if Black Star were to close—because it operates as a cooperative, assets would be sold so investors could get their returns—but closing is a last resort.

"All you have to do is look around Austin and see the restaurants are closing all the time," he said. "And those are places that aren't paying servers [a living wage] by the hour."

He said for now, he just wants Austinites to keep Black Star on their radars.