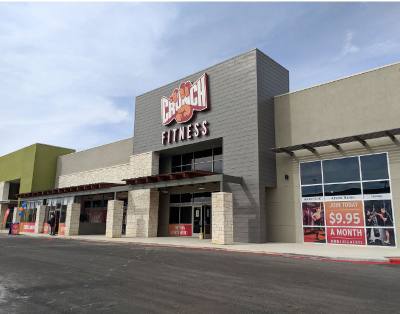 In early December the city of Round Rock filled a new position aimed at increasing the efficiency of the business development process.

Erin Smith is now the assistant director for development, the most recent addition to the evolving planning and development services department. The department was formed in 2009 by combining a few departments involved in business development.

“It was the first step in consolidating development function into one department,” said Brad Wiseman, director of planning and development. “It brought the planners and engineers together under one umbrella.”

Since that first step, Wiseman said the city has made a number of adjustments and improvements to the development process.

“With the changes and the consolidation of the department—having a true development department—it was made clear to the public that our focus is getting [applicants] in and out of the process as fast as we can,” Wiseman said.

Before the merger, the inspection department had a policy in place stating that inspections would occur within one business day of the request. Wiseman said this policy remains a goal of the department.

Another benchmark for the department is to issue a permit to businesses developing from the ground-up after reviewing the applicant’s full set of plans twice. Wiseman said the city is currently achieving this goal 80 percent of the time.

“It’s a measure that I’m pretty proud of,” Wiseman said. Although the planning department doesn’t have complete control over the process, Wiseman said the department tries to identify all major issues during the first review of a business’ plans so the issues can be corrected before the second review.

Business owner Ryan Rastelli has the unique experience of opening three different businesses in Round Rock but working with a different entity for permitting for each business.

“Round Rock has been easy to work with, as opposed to Austin,” Rastelli said.

Rastelli said his gym, Crunch Fitness, which is scheduled to open in April, was permitted through the City of Round Rock in about a month and a half. When opening the second location of the Goddard School, Rastelli said it took about 18 months to complete the permitting process with the City of Austin.

“In Round Rock, we worked directly with the building inspector,” Rastelli said. “In Austin, you have to go through different departments and staff members for the inspection.”

With the addition of the assistant director for development, Wiseman said he hopes that the process will run even more smoothly. Smith will have the ability to make director-level decisions for things impacting current site development and new development. Wiseman hopes this will ease the strain of having to funnel these decisions upward.

“What you need is the staff with the ‘can-do’ mentality and customer service focus, and that’s what we pride ourselves on here in Round Rock,” Wiseman said. “We want quality development to be a catalyst for more quality development. It’s our job to find the balance between that goal and getting people in and out of the process as quickly as possible, and I would say our department does better than anyone in achieving that balance.”
SHARE THIS STORY