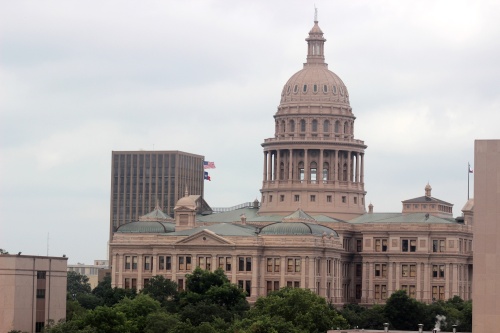 A new Texas law that went into effect in September could change public comment procedures at some government meetings in Texas.

In September, a bill passed by the 86th Texas Legislature went into effect allowing each member of the public who wants to address a governmental body to provide comment at an open meeting before or during consideration of that item.

Previously, according to the Texas Municipal League’s website, the public only had the right to observe government meetings under the Texas Open Meetings Act rather than the right to speak. However, TML Executive Director Bennett Sandlin said the vast majority of Texas municipal governments heard public comment during meetings before House Bill 2840 was passed, and he said the new bill “didn’t radically change what cities were doing.”

“It is still going to be something that most cities are allowing anyway,” Sandlin said. “The truth of the matter is mayors and councils believe in hearing public comment.”

The new legislation will have no fundamental changes on Travis County Commissioners Court meetings, which have always allowed for public comment, according to a county spokesperson.

HB 2840 was introduced by Rep. Terry Canales, D-Edinburg, and co-authored by three other South Texas House members: Bobby Guerra, D-McAllen; Ryan Guillen, D-Rio Grande City; and Richard Peña Raymond, D-Laredo. It passed 138-3 in the House on its final reading and unanimously in the Senate before Gov. Greg Abbott signed the bill May 22.

Because the bill mandates citizens must have the right to speak before or during the consideration of agenda items, government entities will not be allowed to hold public comment related to the business they are considering at the end of a meeting.

There are some restrictions government bodies can put in place regarding public comment. According to the text of the bill, bodies “may adopt reasonable rules” around the public’s right to speak, which include rules limiting the total amount of time a member of the public can address a given item.

HB 2840 was not the only change to the Texas Open Meetings Act passed in the 86th Legislature. Senate Bill 1640, authored by Sen. Kirk Watson, D-Austin, and Sen. Paul Bettencourt, R-Houston, made it a criminal offense for public officials to knowingly engage in a series of communications outside of a meeting that would involve a quorum, and SB 494, authored by Sen. Joan Huffman, R-Houston, adjusted certain legal language regarding open meetings and public information in the event of an emergency or catastrophic event.
SHARE THIS STORY