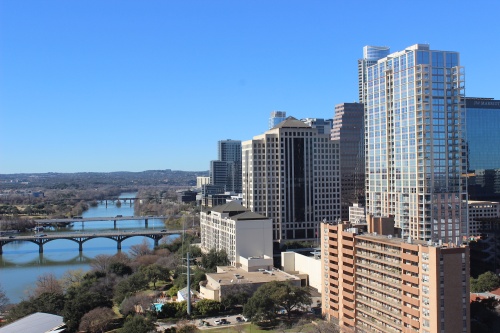 Travis County commissioners voted unanimously to direct staff to explore a November referendum election that would determine if the county would implement a hotel occupancy tax.

Commissioners Brigid Shea and Gerald Daugherty, who represent Precincts 2 and 3, respectively, were absent.

While the county is entitled to a portion of hotel occupancy tax revenue, it has not yet implemented its own hotel tax rate.

Diana Ramirez, director of economic development and strategic investments, told commissioners that, according to a 2017 study, a 2% hotel tax would generate $21 million to $22 million a year in additional revenue for the county.

Currently, the state of Texas levies a 6% hotel tax rate, and the city of Austin levies a 9% rate, comprised of a 7% occupancy tax and an additional 2% venue project tax.

The venue tax is an optional addition that can only be used to finance an arena, coliseum, convention center, sports center or any related infrastructure, such as concessions, on-site hotels, parking facilities, area transportation, roads, and water or sewer facilities. The venue tax can only be administered after the project in question has been approved by the attorney general, comptroller and voters in a referendum election.

In the city of Austin, the additional 2% venue project tax rate was approved by voters to back venue bonds that funded expansions of the Austin Convention Center and the Waller Creek tunnel.

State law caps total hotel taxes for any jurisdiction at 17%.

“Travis County is eligible to administer a maximum 2% venue tax, assuming the adoption of the tax would not cause the combined state, county and local HOT rates to exceed 17% for any jurisdiction within the county,” Heather Ashline, a senior planner in the county’s planning and budget office, told Community Impact Newspaper in 2017.

Earlier this month, County Judge Sarah Eckhardt proposed a swap with the city of Austin. In exchange for the $53 million Palm School site, which the county owns, the city would offer ownership of the former HealthSouth physical rehabilitation facility and the Travis County Exposition Center in addition to “the portion of the [hotel] tax statutorily available to counties to support the redevelopment” of the latter property, according to a July 3 letter Eckhardt sent to City Manager Spencer Cronk, Mayor Steve Adler and Austin City Council members.

The last day to order a vote on a measure, such as a hotel tax referendum, for the November election is Aug. 19., according to the Texas secretary of state.