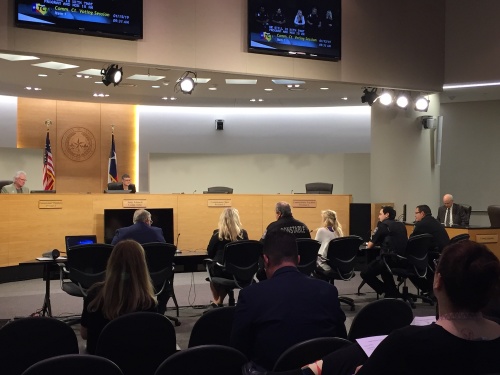 Kevin L. Aigner's family alongside Travis County constables and deputy constables spoke in favor of naming the Precinct 2 building after the deceased officer.

Aigner, who died on duty while assisting with the Steiner Ranch Fires in September 2011, served as a peace officer for 15 years. He served more than a decade of that time with the Travis County Constable Pct. 2 office.

"What he did for the community was outstanding," Constable Adan Ballesteros said. "I just ask that the building be named after him."

Aigner's wife, daughter and son—who now works for the constable—also spoke at the public hearing.

"[Naming the building after Aigner] would be an amazing thing to honor my father," Kenneth Aigner said.