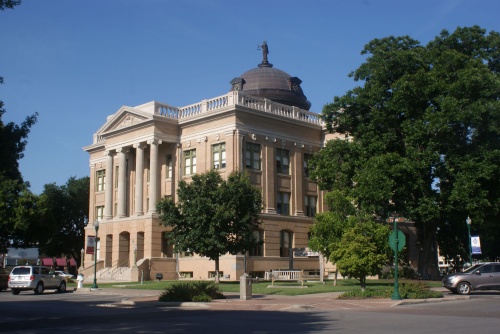 The Williamson County Courthouse on the Georgetown Square

Williamson County Commissioners Court voted Dec. 4 to approve the price adjustments in accordance with the Williamson County Landfill Operation Agreement between the county and Waste Management of Texas Inc.

The disposal fee increased to $41.95 per ton from the current $40.45 per ton. In addition, all cars and pickups will be charged a flat rate of $36 per vehicle from the current $34 per load plus additional fees. The tree brush rate will increase from $6.75 per cubic yard to $7 per cubic yard if it is delivered on a trailer, and the special fund and host fund fees—some of which goes toward recreational and community facilities located near the landfill—will increase from $2.43 per ton to $2.52.

Prices were adjusted to compete with market value and remain the cheapest in the area even with the price increase, Landfill Manager Bubba Smith said.