INTERACTIVE: San Marcos, here's how your rates are likely to increase 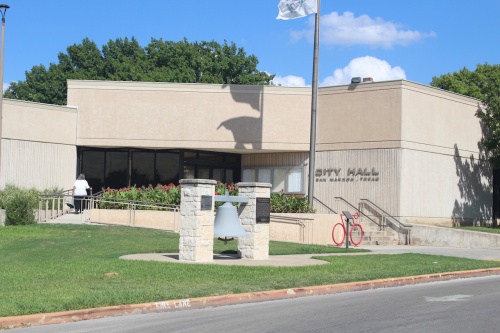 The nearly $214 million balanced budget is a 23.53 percent increase from last fiscal year's budget, in part because the city has dedicated twice the amount of funding originally included for stormwater maintenance projects.

Here's a breakdown of the budget and the proposed rate increases:

Voters approved the 8.37-cent per $100 valuation tax rate increase in May when they approved proposition 1 and 2 related to public safety and the city library at $32.2 million. The budget would raise $5.5 million more in total property tax revenue. About $960,000 of that is due to new construction in the city.

Debt for the May bonds would start being collected in October and be issued starting in the spring 0f 2018, according to Heather Hurlbert, director of finance.

City Council members engaged in heated discussion during the Sept. 5 council meeting about whether to use part of the revenue collected from the increased property tax rate to pay off old bonds.

"We told the voters the tax [rate] increase would be strictly used for [the May bond projects]," Council Member Saul Gonzales said, adding it was deceiving to then use part of the collected additional revenue to pay off older debt.

Hurlbert explained the city could either hold the money until it issued debt for the new project and pay more up front, or it could use the money and pay off existing debt, which would save the city on interest costs.

She said the reason the city is waiting to issue debt for the new bond projects until Spring 2018 is because some of the land and infrastructure for projects such as the new fire station—going in near the Trace community being built at I-35 and Posey Road—are not ready yet. The city also has to go through a competitive bid process for contractors.

"This money can’t be used for anything other than debt payments," Hurlbert said.

The city's financial advisor was requested to appear at the San Marcos City Council meeting Friday to further clarify whether it is in the city's best interest to spend some of the collected revenue on old debt or hold it until the city is ready to issue bonds in Spring 2018.

Monthly drainage rates will increase by 15 percent to support the debt service for $66.1 million in drainage improvement projects over the next five years. The rate increases will apply to all bill dates on Oct. 1. Current projects can be found in the city's 10-year Capital Improvements Plan.