Zilker Park's miniature train is getting a new name in preparation for a return to service this year—its 60th at the park. Previously called the Zilker Zephyr, the train course will re-open this fall as the Zilker Eagle. The Austin Parks Foundation received more than 750 community suggestions for names and chose seven finalists, with Zilker Eagle coming out on top after a community vote.

"Zilker Eagle was actually the original name of the first train to go through Zilker Park, and it ran from 1961 through 1996. Our hope is that this new train is going to bridge the gap between Austin's history and Austin's very bright future," said Ladye Anne Wofford, Chief Mission Officer for the Austin Parks Foundation, at an April 23 news conference.

The train has been closed since May 2019, when storm erosion prompted management to close the course for repairs. The Parks Foundation took on the course's renovation in 2020 after Texas Special, the operators the Zilker Zephyr train declined to sign a three-year operation contract, citing high repair costs. 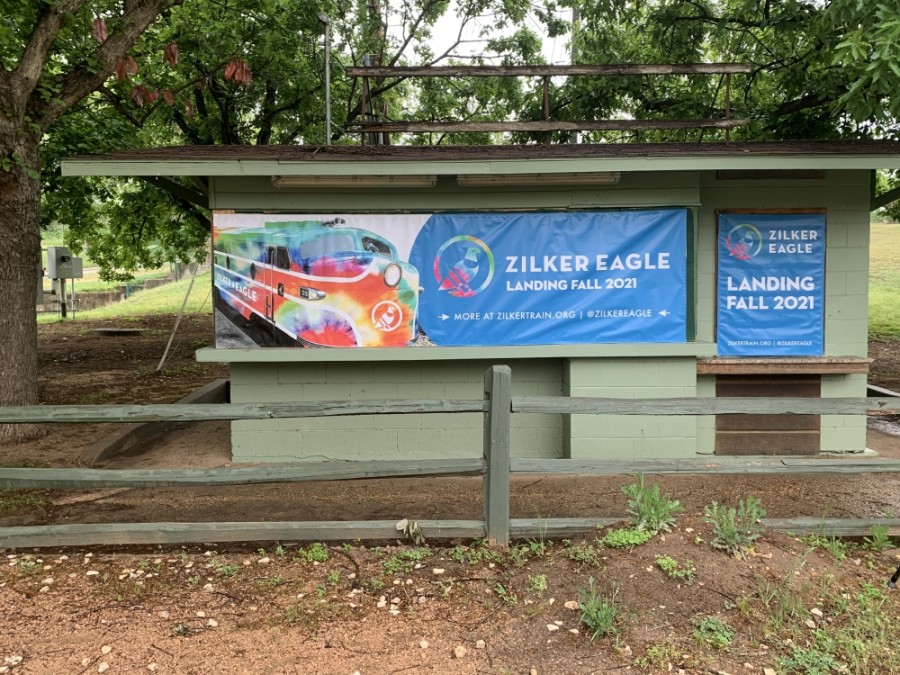 "Keep Austin Weird, right?" Wofford said. "In the '60s and '70s, wearing tie-dye was really considered a way to publicly display your solidarity with progressivism, and also a way to be solid with the human and political revolutions of your time. Through this design, we really want to pay homage to that old and new Austin, and communicate that everyone is celebrated and welcome on the Zilker Train."

The redesigned train will also be Americans with Disabilities Act Accessible, including wheelchair-accessible train cars. Additionally, Wofford said it would be an affordable family experience, with proceeds benefiting Zilker Park.