Austin ISD plans to provide Wi-Fi coverage for students within at least 1 mile of select campuses on the city's east side. (Courtesy Adobe Stock)

Austin ISD is moving ahead with a new internet access program designed to provide free Wi-Fi for hundreds of students around several of the district's east side campuses.

The initiative—Project Lighthouse—began last November when AISD trustees signed off on a five-year agreement with Branch Communications, paving the way for the company to install monopole antennas on district campuses. The poles will reach up to 120 feet tall and are expected to provide internet for participating students within at least 1 mile of each school.

Through its agreement with Branch, the towers would be set up at little or no cost to the district. Instead, AISD would profit off the new infrastructure by allowing telecommunication carriers such as Verizon, TMobile and AT&T to rent portions of the poles for their own service needs—a setup that could end up improving overall internet access on those networks across Austin in addition to benefiting students.

John Greiner, AISD’s director of network support services, said he initially thought of the proposal as “too good to be true.” But, as Project Lighthouse nears its full launch, he said the program is set up to put the district in a proactive stance to address a disconnect experienced by thousands of students.

“I’ve been in IT in K-12 for 24 years, and this has been a need at every school district I’ve worked for,” Greiner said. “This is an opportunity where we can actually have the companies that are making money off of all of us—we’re all paying for our cellphones—we can actually get some of that money back from these carriers to help provide internet access to our students with the most need.”

Greiner noted that the district would still be footing the bill for student devices and in-home routers needed for them to access the expanding AISD network. He also said that, while the program could bring significant change for students at a number of AISD schools, it represents just one piece of the district’s internet access strategy.

"This isn’t going to provide internet for every single child in the district, every single student, but it’s one more step toward reaching more of them. We have to continue to be creative and fund other ways to reach all the students, but this takes us a huge step forward in reaching those students with the most need," Greiner said. 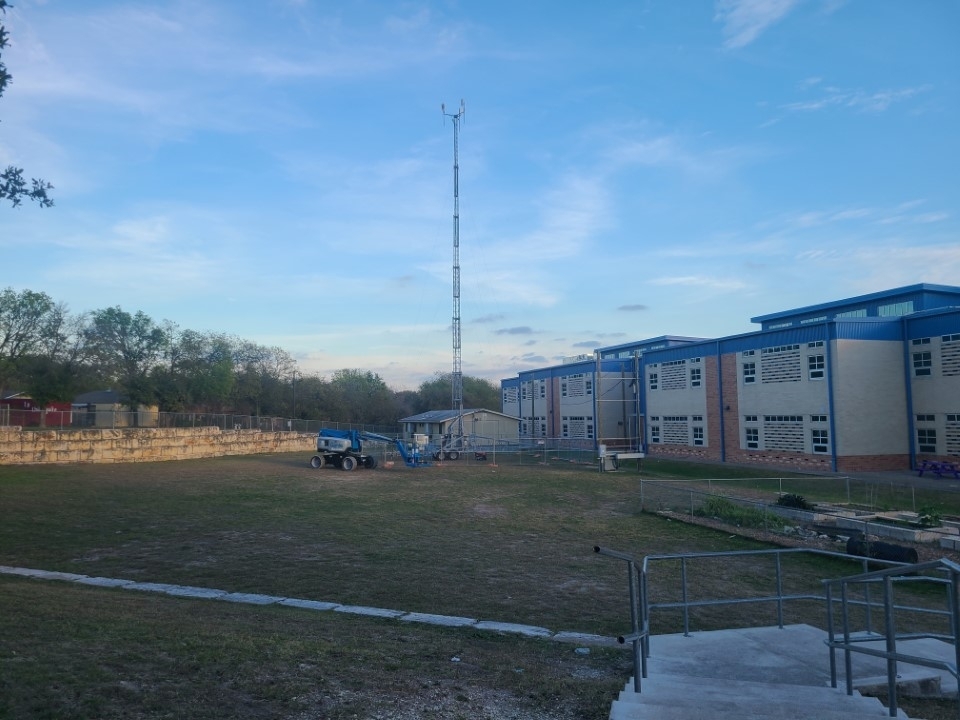 A recent pilot program saw AISD set up temporary Wi-Fi towers for testing at Guerrero Thompson Elementary School and Gus Garcia Young Men’s Leadership Academy. Project Lighthouse is now set up to launch with permanent monopoles up to 120 feet tall at nine campuses on AISD’s east side. The project could eventually expand to as many as 45 schools.

Program details remain in the works at both the district and the city of Austin. City Council in June called for an agreement to be drafted between Austin and AISD that would allow for the new tower construction given current city development standards.

District 1 Council Member Natasha Harper-Madison sponsored that June direction along with her three fellow east side representatives on council. At that time, she said Project Lighthouse would offer a solution to bridging the issue of inequitable internet access Austin that has been allowed to “fester” for too long—and which was only made worse amid COVID-19 shutdowns.

“Access to broadband should be a public good, and so the fact that we are getting one step closer, it’s something I’m really proud of. We are definitely making progress," Harper-Madison said.

The agreement process between the city and district is ongoing, and Greiner said final approvals could come by late summer or early fall. After that, he said AISD could begin Project Lighthouse construction during the fall semester and potentially activate new monopoles by the end of the year.

“I love the name of the project. ... Project Lighthouse is perfect,” Greiner said. “It can literally be that beacon of hope, that point of light that helps guide our students with the most need across this digital divide that we talk about and help them move toward greater equality and have yet another opportunity to be successful students and community members.”