After a disruptive year, Austin-area colleges and universities are working to boost enrollment

As someone with various learning disabilities, who thrives in a traditional classroom setting, she said she had to teach herself how best to learn virtually. And as a student in the surgical technology program, she said pandemic safety precautions delayed in-person, hands-on clinical components that were required to graduate.

“I would be lying if I said [taking a break from school] didn’t cross my mind, because there were times, especially in the beginning of the pandemic, that I realized I’d have to adapt to a lot of changes,” she said. “It’s overwhelming, and it extends beyond school into your personal life and your mental health.”

Silva graduated from ACC with her associate degree May 15, months later than she said she initially planned but with a job in the medical field lined up. Across Texas, college enrollment has decreased by 3.4% since March 2020. Of high school seniors across the country who applied to colleges for the 2020-21 school year, just over half kept their initial college plans once COVID-19 reached the U.S., while an estimated 22% decided not to enroll at all, according to National Student Clearinghouse data.

Students already enrolled dropped out or took gap years to delay their education as well. Silva said she saw classmates fall behind and attendance within her program drop as 2020 progressed.

Although universities in Central Texas have seen enrollment dips, the effects of the pandemic have been less than national numbers would suggest. Miguel Wasielewski, University of Texas’ executive director of admissions, said universities have made adjustments in an effort to retain current students and attract future ones.

“Students didn’t understand how the changes in their experience in high school would impact their preparation for college,” Wasielewski said. “We know that life is different right now, so we’re modifying how we understand that experience and communicating that with students to help them.” 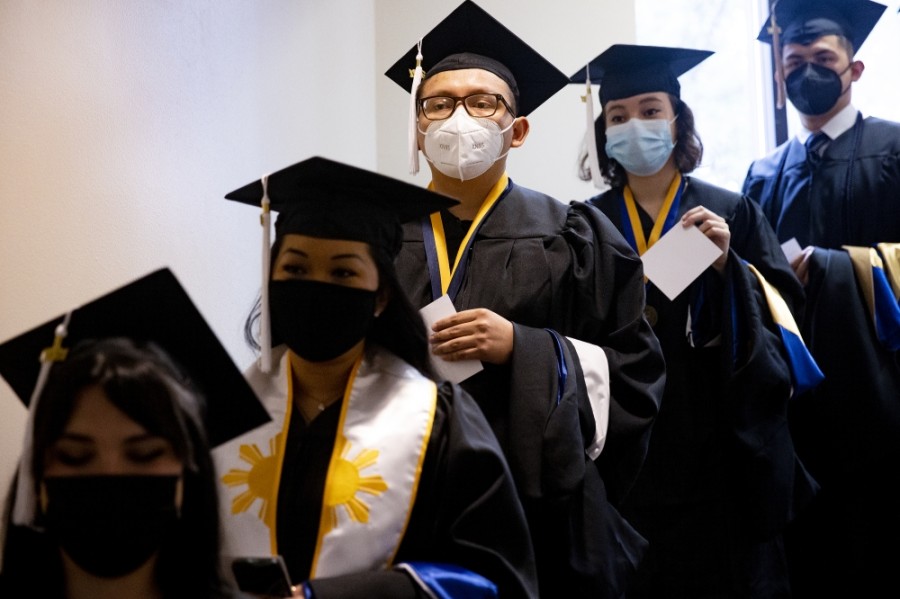 Krystal Juarez-Arismendi is the valedictorian in the class of 2021 at Idea Montopolis, a K-12 public charter school in Austin. When she got an email from Swarthmore College announcing her acceptance, she said she started screaming and immediately showed her family members. When she leaves this fall for the liberal arts school in the Philadelphia area, she will be the first in her immediate family to attend college.

With COVID-19 vaccine rates rising and schools largely returning to in-person classes this fall, Juarez-Arismendi will likely have a relatively typical freshman experience at Swarthmore, but if health restrictions were still limiting in-person learning, she said her decisions may have changed.

“We didn’t know what was going to happen early in the year,” Juarez-Arismendi said. “I was worried it would have to be a full year of hybrid learning or online learning.”

Juarez-Arismendi also received admission into schools closer to home such as St. Edward’s University, Trinity University in San Antonio and UT—as a member of the top 6% of her graduating spot, she was guaranteed admission into the state university. However, she said if restrictions were still in place, she likely would have looked into taking a gap year before attending Swarthmore.

In the fall of 2020, many graduating high school seniors were faced with a similar decision to either change college plans or defer, and one in five who were planning to attend college prior to the pandemic elected not to enroll for the fall semester.

Schools also saw increases in student deferrals for 2020-21. St. Edward’s University Dean of Admission Drew Nichols said that some individuals who had been accepted to the university chose to delay the start of their college or decided to take a gap year beginning in the fall. However, he said spring 2021 enrollment has increased, with both new and returning students applying.

Melissa Curtis, ACC’s associate vice president of enrollment management, said the past year has brought a mixed bag of results for the district.

She said ACC saw its summer enrollment grow by about 10% in 2020; the average number of credit hours being taken per person increased, and the number of students withdrawing from the district declined. Programs that offer career paths to essential services, including health sciences and social services, have also seen increased interest, Curtis said, as have “fast track” career programs that could help individuals who lost jobs during the pandemic regain employment.

However, ACC did see enrollment that was about 3% lower than anticipated during the most recent fall and spring semesters, she said. Individual programs—specifically those that rely largely on in-person interactions or training—also saw declines in interest. 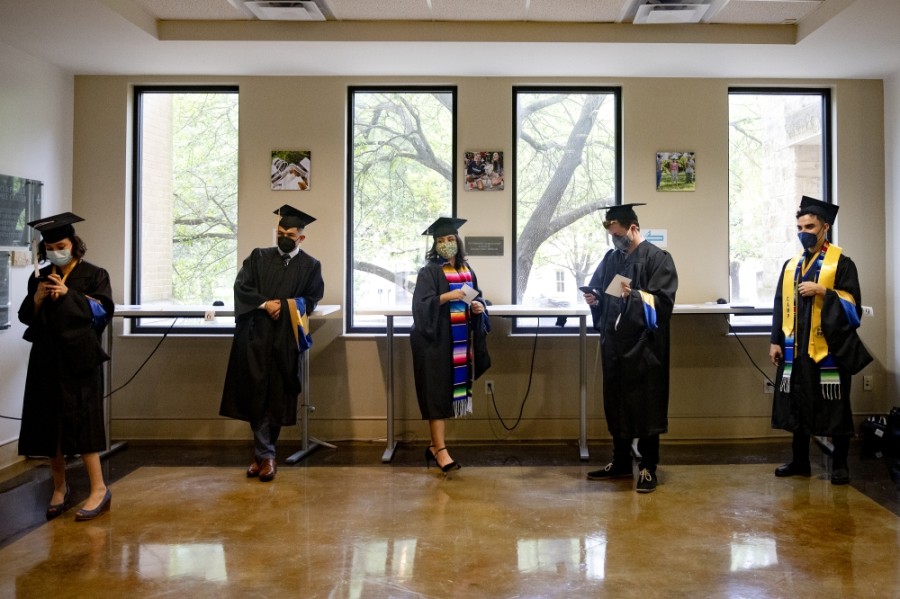 Wasielewski said one of the biggest changes to the application process this past year was that the majority of universities, including UT and St. Edward’s, decided to waive standardized testing requirements. This means that applicants did not have to provide a score for the SAT or ACT test.

The decision was made both to increase the pool of applicants and because tests were being offered with limited and varying availability during the pandemic. UT will suspend that requirement again in 2022, Wasielewski said.

“The reason that’s so different is that you have a whole population of students that grew up on the idea that standardized scores are a typical part of the process, and then all of a sudden that became an optional element,” Wasielewski said.

“We have a lot of data that suggests that a test score is not the most predictive metric for success on our campus,” Nichols said.

Michael Griffith, executive director of Breakthrough Central Texas, an Austin nonprofit that works with individuals who aim to be the first in their families to attend college, said he supports the decision to eliminate testing from admission requirements. Historically, Griffith said, tests reward families with the resources to enroll in prep classes, to have tutors and to take the tests multiple times. This inadvertently punishes families without similar financial resources or access, he said.

There are, however, challenges to changing a system that has long relied on testing, Griffith said. Universities that have made testing optional have indeed seen more applications, but without an increase in diversity within the application pool, he said.

UT received more than 66,000 applications for fall 2021, compared to about 53,000 each of the three prior years, according to data provided by the university.

“UT ended up having substantially more applications this year,” Wasielewski said. “That [boost] wasn’t only at UT. [Lifting the requirement] caused students to apply probably to more institutions.”

Griffith said it looks like most school districts will have a more traditional year on campus beginning in the fall. It is positive news, he said for members of the class of 2022 who may need to make up for lost time in terms of grades and applications for scholarships and college.

Through support and investments from school districts, colleges and nonprofits, Griffith said students can make up learning losses, and can be driven toward post-secondary school once again.

“Students can rebound,” Griffith said. “Young people are ambitious; they care about their future; they’re resilient; they’re determined; so we have to be careful about how much we paint this as a doom and gloom story.”

“People are going to be thinking differently coming out of the pandemic,” she said. “Follow your curiosities, see where you end up, and if you do decide to take a break from school, don’t forget that there are options out there if you do want to go back later.”