The 28-story tower is expected to open on West 17th Street in 2023. (Rendering courtesy Rhode Partners)

Editor's note: This story has been updated to correct the name of Rhode Partners Founding Director Brett Rhode.

Located at 313 W. 17th St., Austin, The Linden will feature a total of 117 one- to three-bedroom units alongside several two-story penthouses. Street-level community amenities are also included in the project plan from architect Rhode Partners, developer Reger Holdings and contractor Bartlett Cocke.

The Linden's September groundbreaking followed the demolition of the former William Gammon Insurance building at 17th and Guadalupe streets. The tower's construction follows on the heels of a recent Rhode Partners addition to Austin's skyline, The Independent, and is set to open in late summer 2023.

“We are honored to play a valuable role in shaping Austin's burgeoning Museum District with our design for The Linden. Not only will the building interact with and make a positive contribution to the area, particularly at the street level, but it will also serve as an important hallmark for vibrant urban life in Austin," Rhode Founding Director Brett Rhode said in a statement.
RELATED STORIES

Amenities for future residents of the Linden include a lap pool and an adjacent bar, a fitness center with a sauna, and a public art gallery set to feature a rotating selection of work from local creatives. Outdoor dining and lounge areas are also included in the project plan. www.thelinden.com 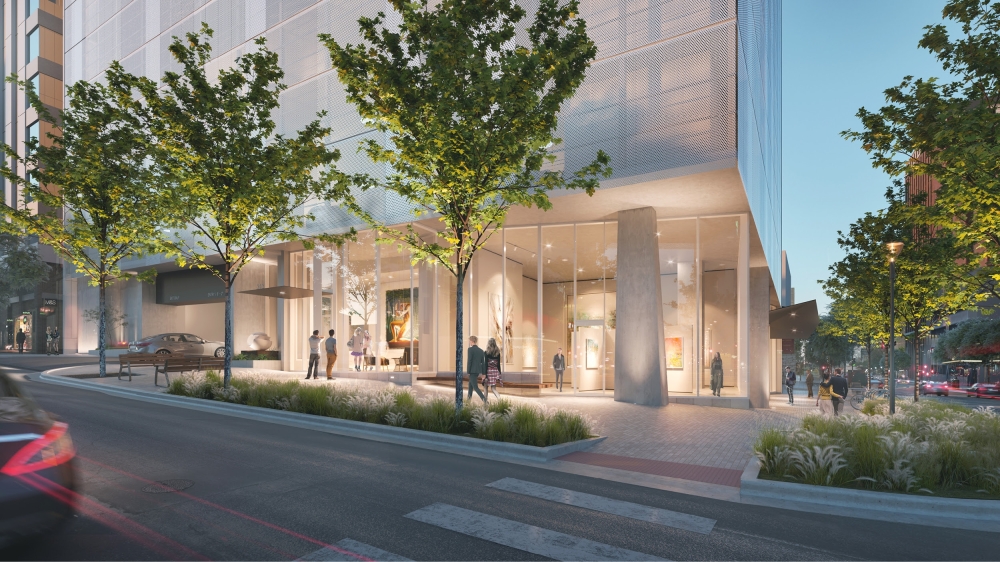 The decadelong mapping plan was developed by a panel of city residents in a process designed to be independent and nonpartisan.

In addition to the acclaimed taco purveyor, a cookie shop and ramen restaurant are headed to Mueller's Aldrich Street.

The Texas Historical Commission is inviting the public to the grand reopening of the Austin French Legation State Historic Site on Oct. 30.