Hundreds of residents weighed in to give City Council their thoughts on the proposed changes to the city's land use rules on Saturday, Dec. 7. (Chistopher Neely/Community Impact Newspaper)

contribute today
It was a sunny Saturday afternoon as downtown Austin buzzed with people shopping for the holidays, traversing farmers markets and enjoying all the leisurely weekend activities the city has to offer.

Meanwhile, inside City Hall at the heart of downtown, hundreds of Austinites from across the city spent their Dec. 7 waiting, either in the City Council chambers or the building’s lobby, to tell their elected leaders what they thought about the proposed comprehensive rewrite of the city’s rules governing what can be built in Austin and where.

Austin City Council is preparing to take its first vote Dec. 9 on an overhaul of the city’s land use rules, a polarizing proposal that has been in the works since 2012 and on which the city has spent more than $8.5 million in taxpayer funds. The effort to change how land is used and what can be built in the city comes in response to Austin’s rapid growth and skyrocketing demand on a housing market in short supply, which has resulted in a housing affordability crisis.

About 700 residents signed up to tell City Council where they stand, but only 283 signed up to actually speak. David Guarino, a leader with Austin Interfaith, said the demand on the housing market and the city’s growth have displaced many people in the community. He kicked off what would be a full day of public testimony with what he called the “profound question.”

“Is the Austin we’re becoming truly the city we want to be?” Guarino asked.
RELATED STORIES

Austin's stay-at-home order enforceable by up to $1,000 fine and 6 months in jail; city says penalties are a last resort

Aspen Hatter: Shop customizes fit to the individual—on the mountains or in the Hill Country

Of the 700 Austinites who signed in, 69.3% objected to the proposal. Those who spoke in objection sounded familiar alarms—increases in housing density would result in increased flood risk, displacement of existing residents and a breakdown of the physical character of neighborhoods. They rejected the oft-touted notion that increased density will result in lower housing prices. Several called for City Council to slow the process down, and many said people in their neighborhoods were unaware of many of the proposed changes.

Among the focal points of the land development code is whether the regulations allow for an environment that not only produces more housing capacity, but a greater diversity of housing types as well—such as duplexes, triplexes, townhomes and detached smaller homes. The proposed code and zoning maps on which the public weighed in Saturday work to allow for more dwelling units per lot in many areas throughout the city.

Many of those who spoke in favor of the proposed changes to the land development code propped up increased housing density as key to slowing down Austin’s housing affordability crisis. Many speakers also talked about the environmental benefits of keeping development dense and within a small footprint, as opposed to the sprawling development into the city’s green-fields that has become common in Austin. They emphasized that doing nothing, or slowing the process down—something often proposed by many who objected to the changes—would send the city in the wrong direction.

Michael Gorse, who supports the changes to the land use rules, said the debate is not between “changing or not changing, since Austin has been changing” constantly for years. Gorse, like many in the supporters’ camp, said the question is how the city is going to manage the change.


Another focus is whether new land use rules can produce market-rate affordable housing as well as subsidized housing for a range of income levels throughout the city. By state law, Texas cities are limited in rules they can implement that guarantee the construction of affordable housing.

City Council is scheduled to take its first of three votes Dec. 9. For those that did not get the chance to speak on Saturday can lend their thoughts before City Council’s Monday vote. City Council has also scheduled a meeting for Dec. 10 in case the discussion extends beyond Monday.

55 ways to volunteer in the Central Austin community

While many of these volunteer opportunities are not available under city and county orders intended to stop the spread of the coronavirus, these are year-round opportunities that will resume once orders are lifted. 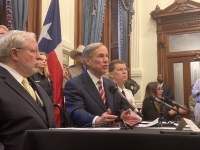 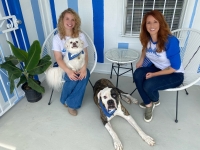 Target recently opened its store in the Plaza Saltillo development and Drop Kick, a cocktail bar and restaurant, is open for delivery and take-out orders on East Sixth Street.