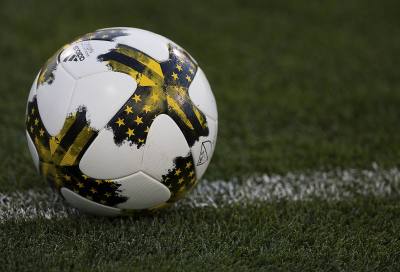 The city of Austin conducted an online survey to learn more about residents' opinions regarding Major League Soccer coming to Austin.

The Greater Austin Chamber of Commerce issued a call to action to city leadership Friday: Act now, or the opportunity to bring Major League Soccer to Austin will go away.

Why the rush? If Precourt Sports Ventures—the MLS ownership firm that runs Columbus Crew SC but wants to move to Austin—decides to keep the team in Ohio, shouldn't the new momentum around professional soccer here prop the city up for an expansion bid? Not so fast.

Here's an explainer on Austin's chances at an MLS franchise:

MLS is in the final stages of a two-team expansion phase. The league awarded Nashville its 25th spot in December and is weighing bids from ownership groups in Cincinnati, Detroit and Sacramento for its 26th team. Failing to win an expansion bid would not necessarily preclude a group from again bidding when the 27th and 28th teams are selected.

So could a wealthy investor in Austin step up and offer the league upward of $150 million in expansion fees like the Nashville group is reported to have done—not to mention have a stadium site secured? Anything is possible, but past efforts from such organizations as the Austin Aztex have sputtered before getting anywhere close.

What's more, the current expansion candidates have all had success at the minor league level. FC Cincinnati draws more than 21,000 fans per game, Detroit City FC is a popular amateur club, and Sacramento Republic FC has built a strong fanbase the past six years. The Austin Aztex would draw a few thousand attendees to home games at House Park before going on hiatus in 2015 and later dissolving.

San Antonio, Austin's rival down the I-35 corridor, has it beat there. The city has consistently fielded a men's pro team since 2010. The San Antonio Spurs ownership group bought the club in 2016, and the city of San Antonio and Bexar County purchased its stadium with an eye toward eventually fielding an MLS franchise.

San Antonio made an expansion bid in 2017 but failed to make the final cut. If the Crew does not move to Austin, San Antonio FC could be in the running for the 27th or 28th MLS team.

There's also no guarantee that MLS will continue expanding beyond 28 teams, so the potential relocation of the Crew may be Austin's only shot at an MLS franchise.


Relocation within the league

Relocation of teams in MLS is rarer than, say, in the NFL, but it has happened before.

In 2005, the San Jose Earthquakes moved to Houston, drawn to the city for its potential to accommodate a soccer-specific stadium, which the San Jose franchise lacked. The San Jose club was revived two years later, and the Houston Dynamo were recognized as a new expansion franchise.

The Earthquakes now play in the built-for-soccer Avaya Stadium.

There was an earlier attempt to make Austin big-league-ready. But the late aughts version of the minor league Austin Aztex ended up moving to Orlando, securing a stadium deal, getting an MLS expansion slot, and the rest is history.

The Columbus Crew has its own soccer stadium. In fact, the club was the first in the league to build one back in 1999.

The nearly 20,000-seating-capacity facility holds a special place in U.S. Soccer lore. The stadium became an unofficial home turf for the U.S. Men's National Team. In 2001, it hosted the first of many 2-0 victories against Mexico, the team's biggest rival, on the road to World Cup qualification.

The following years saw an era of regional dominance for the U.S., which seemed unbeatable at the Ohio stadium—until falling 2-1 to the Mexicans in the most recent World Cup qualification campaign. The U.S. ultimately failed to qualify for that tournament, set to take place in Russia this summer.

By today's standards, the Columbus Crew's Mapfre Stadium was built on a modest budget—$29.5 million, according to one site, or about $44.3 million in today's money. Compare that to the $350 million Los Angeles FC is spending to build its soccer-first stadium.

The Crew has a passionate fanbase and a winning history in MLS, but the league says it is underperforming in critical business metrics.


A soccer stadium in the urban core

Precourt Sports Ventures CEO Anthony Precourt has said the desire to build a new, urban stadium was at the heart of the club's decision to explore relocation.

MLS conducted market research on Austin, notably with a survey sent out to many fans of the sport living in the city. Respondents were asked where they thought a soccer stadium should be built. The league has in recent years favored downtown stadiums, in walkable range from bars and restaurants, over suburban sites.

But PSV has an uphill battle if it wants a stadium in the traditional urban core. The firm took Butler Shores, 200 S. Lamar Blvd., Austin, off its shortlist after mounting pressure from the public rejecting the parkland's use for private enterprise.

The other public property PSV is considering is 10414 McKalla Place, a vacant city-owned site near The Domain off Braker Lane and Burnet Road.

The city of Austin has an indefinite timetable for studying the feasibility of the city-owned properties.

According to the Austin Chamber's resolution, PSV aims to move the Crew to Austin in time for the 2019 season, which is slated to begin in March 2019.
SHARE THIS STORY