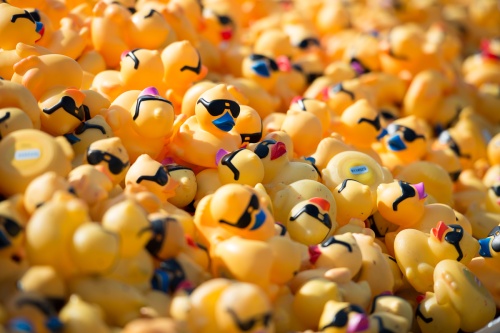 The Original Hoffbrau Steakhouse, a longtime fixture on West Sixth Street, celebrates its 85th anniversary with food and drink specials, including an 8-ounce sirloin steak and a birthday cake for $8.50 or a 10-ounce boneless rib-eye steak plus birthday cake for $19.32. The restaurant was founded in 1932.

Banger's Five-Year Anniversary Party & Beer Festival cooks three pigs three ways as 96 beers are among the selection at the event. Live music is performed all day, and growlers filled with Pinthouse Pizza's Electric Jellyfish beer will be given at every hour.

The East Cesar Chavez Street barbecue purveyor provides complimentary beer to its patrons in honor of its fourth anniversary.