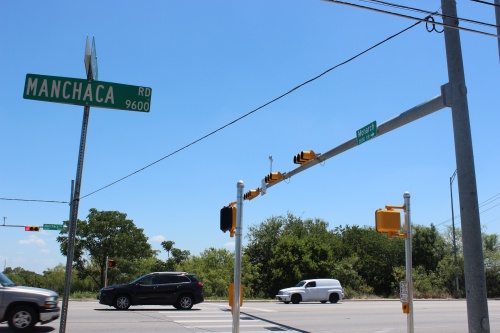 One of Austin’s popular southern corridors may get a name change—rather a name correction—if Austin City Council members vote in favor in the coming weeks.

Phonetically expressed “MAN-chak” in Austinese, Manchaca Road in South Austin has not only been mispronounced for decades, but according to a local group it has been misspelled for almost 200 years.

Retired Judge Bob Perkins and his nonprofit Justice for Menchaca have been working to get the word out that the road that stretches roughly eight miles between South Lamar Boulevard and FM 1626 is actually named after Texas Revolution captain José Antonio Menchaca.

In February, District 3 Council Member Pio Renteria filed an application with the city clerk to rename the road from Manchaca to Menchaca Road. On Thursday, Austin City Council will set a public hearing—which staff recommends for Thursday, Oct. 4—to hear stakeholder sentiment about the potential name change. According to city documents, about 1,650 property owners within Austin proper abut Manchaca Road.