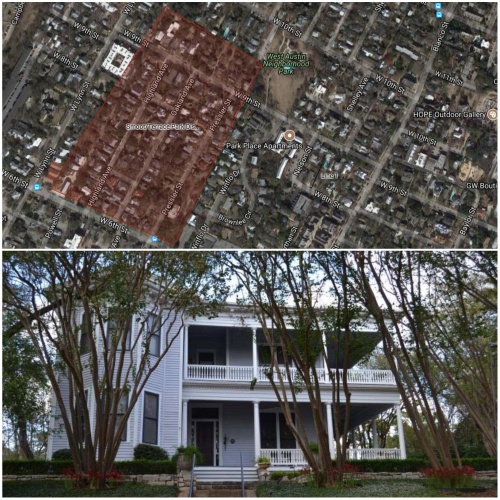 The Smoot/Terrace Park Historic District covers 17.5 acres in the Clarksville neighborhood. The house below located at 1412 6 1/2 St. features a piece of the late 19th- century historic character of the neighborhood.

The Smoot/Terrace Park section of the Clarksville neighborhood became Austin’s sixth local historic district after the City Council voted 8-3 on Thursday to impose tighter development restrictions on the area to preserve its historic character.

The district spans 17.5 acres bordered south to north by Sixth and Ninth streets and Pressler and Highland streets from east to west. Out of the 102 buildings in the neighborhood, 67 contribute to the historic character of the neighborhood. Some of the houses date back to the late 19th century, according to the city’s historic preservation staff.

Some of the neighborhood also contributes to the West Line Historic District, which was added to the National Register of Historic Places in the early 2000s. National Register designation does not result in tight land-use regulations on the property. Local historic districts, however, do and redevelopments or demolitions of contributing structures will now be more difficult.

The neighborhood now joins Hyde Park, Castle Hill, Harthan, Mary Street and Aldridge Place as the only local historic districts in Austin. Unlike Texas’ other major cities, Austin has been slow to preserve historic areas of the city, which has become a pressing issue as the city continues to grow and redevelop. Dallas, Houston, San Antonio and Fort Worth each have between 15 and 30 such districts.