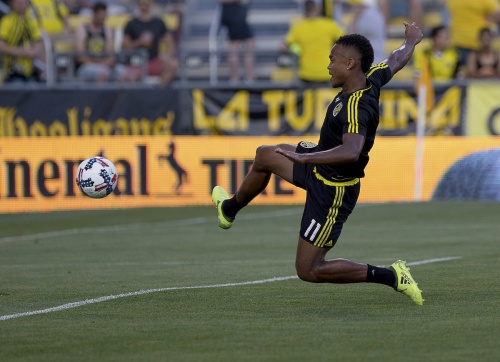 The Columbus Crew were one of Major League Soccer's first teams. Owner Anthony Precourt has expressed interest in moving the team to Austin.

In the wake of news that a Major League Soccer team is considering a move to Austin, City Council on Thursday initiated a process to begin researching land that could host a professional soccer stadium.

City staff is scheduled to return to City Council by Dec. 7 with recommendations for potential stadium sites. Although the resolution originally focused on land within the urban core, it was amended to include land options throughout Austin proper.

The resolution comes less than a month after Anthony Precourt, owner of the Columbus Crew, announced that he wanted to relocate the team to Austin after encountering issues in Columbus. The Austin-Round Rock Metropolitan Statistical Area is the largest in the United States without a professional sports team.

“While this is an early step, it is an important one that underscores Precourt Sports Ventures’ belief that Austin would be an excellent home for a Major League Soccer club,” the statement read. “With the right site, Precourt Sports Ventures remains committed to privately funding the construction of a soccer-specific facility.”