Here are some changes happening along South Congress Avenue 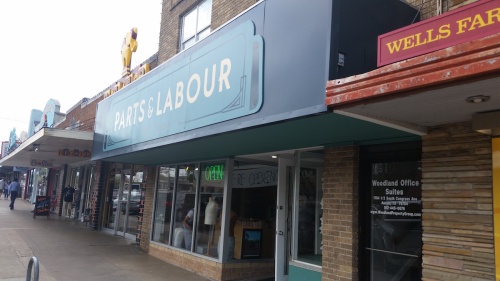 South Congress Avenue is starting to look a little different, thanks to a few renovations, store closures and business relocations.

Hotelier Liz Lambert has given the 41-room Austin Motel a new look but kept its iconic sign, turning the lobby into a lounge and boutique store that sells shirts, swimsuits, snacks, drinks, magazines and trinkets.

While renovations are ongoing in the former Snack Bar's interior, the patio has reopened temporarily as an outdoor bar, along with a food trailer that serves burgers, french fries and onion rings. Both have retained the name Fine Foods, the name given to the diner when it was first built.

The hotel's public relations spokesperson Patricia Dignam said a new restaurant will be opening in place of Snack Bar later this spring or summer.

Further north on South Congress, several businesses have vacated their homes as a new project called Mixed Use Music Lane takes over. While there is no sign of construction at the SoCo Center, city of Austin building documents show the developer is currently going through the permitting approval process.

Of those buildings that have been forced to relocate between 1011 and 1123 S. Congress Ave., many have since reopened elsewhere:

Wet Salon at its new location on South Congress Avenue.[/caption]

Meanwhile, American Apparel at 1325 S. Congress Ave. is closing, although there's no word on when.

A colorful house left vacant by Hill Country Weavers at 1701 S. Congress Ave. next to the Austin fire station is under construction and for lease by CBRE.

Plans for a hotel behind Guero's Taco Bar at the corner of Elizabeth Street and South Congress are currently underway.

Office and retail development are being proposed at 1329 S. Congress Ave., at the former site of the St. Vincent de Paul nonprofit organization. Called Saint Vincent, the project is currently under review with the city's development services department.