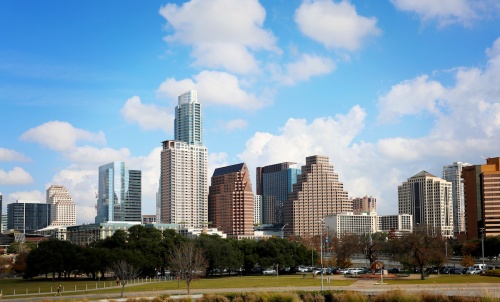 Austin will be the new location of the U.S. Army Futures Command, according to Associated Press sources.

At its monthly luncheon last week, the Real Estate Council of Austin hosted a panel discussion with four regional leaders centered around the area’s growth.

“Sometimes that defining of our region is not positive, and dealing with that push-pull is one of the very important issues of today,” Rose said.

During opening statements from the panel, Mike Odom, president and CEO of the Round Rock Chamber of Commerce, highlighted a common theme that was addressed throughout the discussion.

“We love growth, but we want to make sure we control it so it doesn’t control us,” Odom said.

In San Marcos, Adriana Cruz, president of the Greater San Marcos Partnership, said transportation is one of the significant issues growing communities face along the I-35 corridor.

“One of the things I think Hays County has been doing extremely well is trying to stay ahead of that,” she said. “I think years ago they kind of looked to the north and said, ‘We’re going to learn lessons from that, and we don’t want to repeat mistakes maybe Austin made in the past.’”

Cruz said Hays County has invested around $500 million during the past 10 years in roadway and roadway infrastructure projects.

Unlike San Marcos—where Cruz said more people commute inside than outside of the city for work—60-70 percent of Cedar Park’s workforce commutes outside of the community each day.

“One of our big goals over the years has been to create those job centers inside our community,” he said.

The city of Kyle faces the same challenge, with more than 85 percent of its population commuting to work.

“We’re not content with that,” said Diana Torres, director of economic development for the city of Kyle.

Torres said that although more business are eyeing the city as a place to set up shop, Kyle does not have the facilities to put them in.

To combat that disadvantage, Kyle broke ground last week on the Hays Logistics Center, which will provide 420,000 square feet of industrial space. The project is scheduled for completion by the end of the year.

“Not a lot of people get excited about a big hole in the ground,” Torres said. “I see jobs, I see a powerful work center, I see innovation, I see an employment center and I see a driving economy for Kyle, so that is a huge win for us.”

Odom echoed the same struggle for Round Rock but cited a viable workforce as the city’s main obstacle.

“If we bring companies in, it’s about, ‘Who is going to work in my facility? Who are going to be our employees?’” he said.

“We did some research,” Cruz said. “We looked at our corridor, and when people think of innovation, they think of downtown Austin or (the University of Texas at) Austin and that’s all.”

Cruz said innovation is happening in companies up and down the I-35 corridor, namely Dell in Round Rock and Texas State University-San Marcos, which she said has transformed itself into an emerging research institution.

The region offers a variety of target sector industries. Kyle has targeted biolife and food manufacturing, destination recreation and professional business services, whereas Round Rock has found a niche in craft breweries, life science, health care and professional and financial services.

Cruz said Texas State University is the biggest asset in Hays and Caldwell counties, and she mentioned the area’s focus on advanced manufacturing, material science and aerospace.

"With that being said, we’ll take a meeting with anybody,” he said.

Panel members said the diversity found in Austin’s surrounding communities is increasingly viewed as a strength among leaders as the area continues to experience rapid growth.

“I think it gives companies that are looking at the region almost a menu to look at,” Brewer said. He said he believes the entire region benefits when new industries make a home in the Austin suburbs.
SHARE THIS STORY