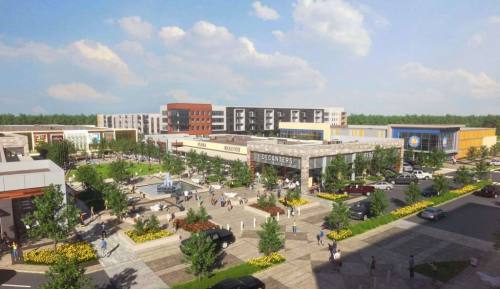 Expected launch dates for 10 tenants at Metropark Square were announced by Sam Moon Group in September.

Sam Moon Group, the developers of the mixed-use Metropark Square shopping and residential center in Shenandoah, announced estimated opening dates for 10 new tenants at the development over the coming months. The new businesses will open between November and February, according to a Sept. 18 statement, and will include restaurants, retail stores and entertainment venues.

“Sam Moon Group is excited to announce and welcome a diverse mix of new tenants that will be joining Metropark Square in the coming months,” Sam Moon Group representative Daniel Moon said in a statement. “Guests in the Shenandoah and The Woodlands area will have a variety of dining, shopping, entertainment and service choices all in one location. We look forward to celebrating the success of each tenant.”

According to Sam Moon Group, the 10 new tenants announced for openings through this fall and winter include:

A 1,000-car parking garage for visitors to the shopping center is also set for a November opening. In addition to the recently announced businesses, a new AMC Theatres cinema launched at Metropark Square in the spring, and a nearly 150-room Hyatt House hotel is anticipated to open in November 2020. Construction on Metropark Square's multifamily residential housing component, containing more than 300 apartments and townhomes, is expected to begin later this year. Metropark Square is located off I-45 at 8888 Metropark Drive, Shenandoah. www.metroparksquare.com