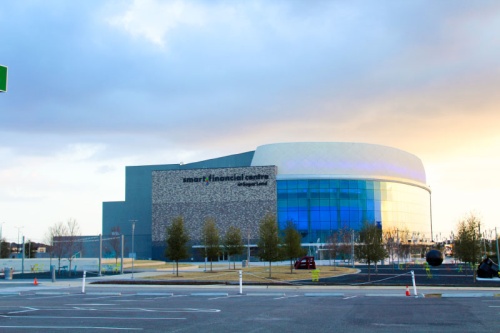 As Sugar Land approaches build-out with 6 percent of developable land remaining within the city limits and extraterritorial jurisdiction, city staff is working on several projects to maintain its economic strength over time.

The city has had plans in place to drive its economic diversity so far, and with projects such as the upcoming hotel and convention center, the Central Unit business park, the new Fluor Corp. campus and Imperial Market still on the horizon, property taxes are slated to remain low.

“Sugar Land has never rested on its laurels, so we’re constantly looking at ways to get better,” Assistant City Manager Jennifer May said. “You’ve got the major destination venues. You’ve seen us partner with Town Square to do some transformation of the plaza. We don’t want anything to go stale in Sugar Land.”

Moving forward, space left within Sugar Land will mainly be designated for commercial or industrial use, Director of Planning Lisa Kocich-Meyer said.

“Most of the remaining undeveloped area in the city is pretty much either defined as commercial or light industrial,” Kocich-Meyer said. “We don’t have any large tracts of undeveloped land dedicated or designated as single-family residential.”

Sugar Land brings in about $50 million per year in sales tax revenue, May said. Of this, only about one-quarter comes from residents, she said.

According to city data, Sugar Land brought in $52.14 million in sales tax in fiscal year 2018. Roughly $38 million of that was generated by nonresidents and businesses.

Developments such as the new Fluor Corp. campus in Telfair, the Central Unit business park, Imperial Market and University Commons serve different purposes but will help generate revenue for the city.

“They’re all different,” May said. “What you want in economic development is to have a balanced approach. You don’t want all of your eggs in one basket.”

The Fluor Corp. campus that will be built on a tract of land at University and Lexington boulevards will host a mix of office, retail, day care and open landscape spaces, bringing in a mix of commercial property tax and sales tax revenue to the city.

Rick Conley, Fluor director of real estate and office services, said the company is aiming for a March groundbreaking. The company’s existing campus on Fluor Daniel Drive is leased, and it is unclear what will happen to the space once construction on the new campus is complete.

A development such as the Central Unit business park, which will redevelop the old prison site near the intersection of Hwy. 6 and Hwy. 90A, will generate more property tax for the city, May said. In addition, the industrial business park employees could help stimulate the economy by taking advantage of the city’s retail and dining offerings.

“Their employees that will be working in that light-industrial business park will still need to go eat lunch, and it’s our hope that they would shop in Sugar Land after work,” May said. “A major primary employment center providing jobs and stability and property tax revenue in that regard is really helpful.”

As University Commons continues with Phase 2 build-out, the retail center will bring more shopping options to the northeast corner of University Boulevard and Hwy. 59.

Imperial Market will also bring shopping, lodging and office space to the historic Imperial area of the city. Developers James Murnane and Geoff Jones still have not set an official groundbreaking date but said they are continuing to oversee the project and prelease future spaces. Despite foreclosure documents from Fort Bend County from October, the developers said they will still oversee the project.

“We are doing every single thing we can do to help push that into action,” May said. “It’s a private sector project, so we unfortunately are not in control of it, but the city is doing everything we can. We understand there’s a lot of interest in that project.”

With the new developments the city is either bringing in or redeveloping, a common goal in mind is making sure the industries and development types vary, May said.

“What we don’t want to do is have one area undermine the success of another,” she said.

First Colony Mall and Town Square serve as soft goods-, lifestyle- and retail-centric developments, whereas the Smart Financial Centre area is slated to become the arts district for the city.

Additionally, bringing in diverse industries can usually ensure different cycles for industry downturns, so the city does not feel the effects of something such as an oil and gas downturn so strongly, May said.

In 2007, a citizen-led task force outlined a vision for creating five destination venues within Sugar Land, and three of the five have come to fruition since that time.

Constellation Field, the Smart Financial Centre and The Crown Festival Park all serve as residential and regional amenities that are not funded by general property tax dollars.

The city announced in late January it is accepting applications through March 15 for a private sector partner for a hotel and convention center to be constructed on developable land near the Smart Financial Centre at Hwy. 59 and University Boulevard. The development would serve as the city’s fourth destination venue.

The hotel and convention center would provide support for the Smart Financial Centre and as a key component of a developing arts and entertainment district slated for the area, according to city staff.

Although no exact timeline will be clear until the city chooses the best partner for the project, May said they are eager to move forward as quickly as possible.

“We fully expect this venue will spur additional commercial and retail growth that further establishes Sugar Land as one of the strongest economies in the region,” Director of Economic Development Elizabeth Huff said in January when the project was announced.

Ideally, the city is looking to bring in a private development partner to build a 350-room, nationally branded hotel with up to 50,000 square feet of convention center space.

The city is also considering incorporating a community cultural arts venue that would serve as the fifth destination venue on the same site as the hotel and convention center.

The vision for the public arts venue includes allowing space for local artists to display their work as well as incorporating classrooms and workspaces.

The various destination venues, business park development and retail developments are planned to secure Sugar Land’s financial position in the region even as available space dwindles.