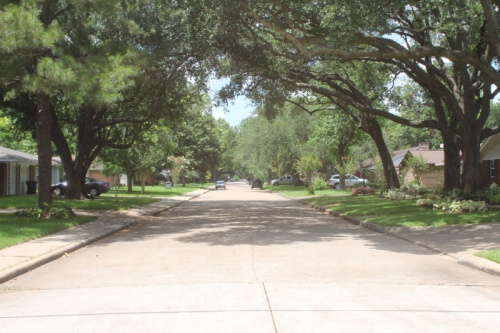 The Texas property tax code makes it possible for senior citizens and disabled residents to put off paying their property taxes for as long as they live in their house, and records show both the number of people electing to take advantage of that allowance and what those people owe has increased greatly over the past 10 years.

Rafael Ayuso, communications director for AARP Texas, said residents who elect to take the deferral need to be aware the taxes are not being forgiven. The money needs to be paid back at some point and it accrues interest until it is repaid.

“I could see how it could benefit someone on a fixed income,” Ayuso said. “As people enter those senior years, they often don’t have the income stream they had, and often they have more medical bills to contend with.”

The number of qualifying residents in Missouri City and Sugar Land electing to put off paying property taxes on their home more than doubled from 2006 to 2016, county records show.

“Within the last decade, Fort Bend County has been one of the fastest-growing counties in the country, and Fort Bend ISD has also seen much growth during this time period,” Fort Bend ISD spokesperson Amanda Bubela wrote in response to an emailed request for an interview. “We believe the deferral rate rising over the [10-year period] reflects the increase in our overall population growth as well as value increases.”

Pat O’Connor, president of Houston-based property tax consulting firm O’Connor and Associates, said that choosing to defer paying property taxes makes sense when a person wants to stay in their home, and subtracting the costs of those taxes will balance his or her budget.

The deferred taxes come due once the homeowner no longer lives in the home. And every year the taxes are in deferment, 5 percent interest is added to the outstanding balance, O’Connor said.

“The basic drawback is the interest rate,” O’Connor said. “If you’re house rich and cash poor, 5 percent is not unreasonable. It’s an opportunity for seniors who don’t have adequate current income to stay in their house.”

To be sure, only certain groups of residents, may put off paying their property taxes. The Texas tax code allows senior citizens and disabled residents to put off, or defer, paying property taxes on their home for as long as they live in the house. Section 33.06 of the state’s tax code lays out who is eligible to defer the property taxes along with the terms of doing so.

Along with the rise in the number of tax deferrals, Sugar Land and Missouri City residents have seen home values rise as well, which increases property tax bills.

“If someone grew up in an area that has gentrified and the values have gone up, and they don’t want to leave because their friends and their support network is there, it makes sense to consider deferring taxes,” O’Connor said.

Sometimes, homeowners will elect to take the deferral but will continue to pay their taxes, said Glen Whitehead, chief appraiser for the Fort Bend Central Appraisal District.

“They do it just for protection’s sake,” he said. “They do that just to make sure that if something happens to them, it gives their spouse time to get things figured out.”

There are also more residents in Sugar Land and Missouri City who meet the tax code’s eligibility requirements for taking the deferral.

O’Connor said people need to be aware of businesses that market services connected to property tax help. Many of these involve high-cost loans, he said. These businesses will pay the homeowner’s property taxes, and treat the amount paid as a loan the homeowner is required to repay often at higher than 10 percent interest, he said.

“That’s more than double what it would be letting the taxes and interest accrue,” he said.

Whitehead said there are businesses that offer to help people file the tax deferral affidavit for a fee. However, the affidavit is a simple form that anybody can fill out, he said, and the Fort Bend Central Appraisal District does not charge a fee to file it.

In addition, residents who defer their property taxes may not be able to leave their home to their heirs debt-free. For example, if a homeowner owes $30,000 in back property taxes at the time they leave the house, the government entity is entitled to foreclose on the house and sell it in order to get the money it is owed.

To avoid the foreclosure sale, the homeowner or his or her heirs might be able to work out payment arrangements with the county, or they could consider filing a bankruptcy, O’Connor said.

A major pitfall involves deferring taxes when a mortgage is owed on the property. Most mortgage lenders require property taxes be kept current and up to date.

Often, when property taxes go unpaid, a mortgage lender will take it upon itself to pay the back taxes, and then increase the homeowner’s monthly mortgage payment to recoup that money. The jump in payment can be a lot because the lender will usually want to be reimbursed in a short period of time.

“If you’re getting more than you need from pensions or IRAs, then it probably doesn’t make sense,” O’Connor said. “But if you’re needing to scrimp and save, it’s a good way to stay in your home.”