GUIDE: A brief history of the Spring, Klein area 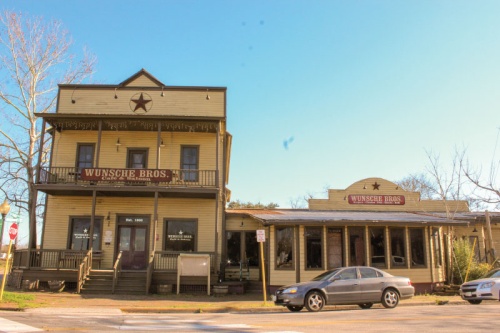 Who were Spring’s first settlers?
The first settlers came in the mid-1800s from Germany. A lot of them went up into Central Texas, but a lot of them came to this area because it was good farmland. They first started out farming the typical crops of the South at the time— cotton and sugarcane—but later they went back to what they knew best, which was dairy farming and vegetable farming.

How did the railroad lead to economic growth and development in Spring?
[The settlers] needed a better way to get crops down to Galveston for export, so they started building the railroad rather than continuing to use wagons.

The town was actually platted by the railroad because they were given land for their railyards, which are still here, and the roundhouse, and they also built homes for their families. So the railroad, more or less, started the town. Like a lot of little towns in Texas, it was a huge economic driver for the area.

How did Spring gets its name?
When they were beginning to build the railroad, the workers had  a camp in the area that we now call “Spring Creek.” One winter was really bad, so when it was finally springtime, they were so happy that they named their camp “Camp Spring,” and they named the creek “Spring Creek.” So the town just took the name “Spring.”

How has Old Town Spring evolved over time?
A Mr. Robinson and a Mr. Kelly bought two areas [of present-day Old Town Spring], so they laid out the streets and encouraged businesses to come here. Because of the railroad, there was a lot of activity—it was quite a little happening town at one time.

When the railroads moved their operations to Houston in the late 1920s, that almost killed the town because, besides the sawmill, that was the biggest employer. So it kind of became a sleepy little town for the next 50 years until the farmers started selling their land to developers. As the area’s population began to grow, people started opening shops in the old houses and buildings.