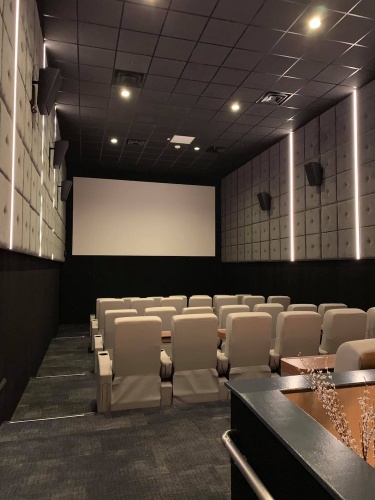 Show map
Star Cinema Grill, a Houston-based dine-in theater, opened Oct. 4. in CityPlace at Springwoods Village at 1495 Lake Plaza Drive, Spring. The new movie theater was first announced in February 2018 and was originally anticipated to open in early 2019, but its opening was delayed several times. The theater has 1,200 seats and 10 screens as well as a boutique auditorium, a bar and a dining menu. 832-953-7827. www.starcinemagrill.net