Segments F-1, F-2 and G of the Grand Parkway opened to drivers this year, connecting Hwy. 290 to Hwy. 59, and developers are using the roadway to capitalize on wide swaths of vacant land.

Residents can expect to see more retail and office development along the Grand Parkway, which will also cater to the incoming residential communities along the highway, said David Gornet, executive director of the Grand Parkway Association.

“Having the Grand Parkway through there will open up opportunities for business in the Spring and Klein area to have access to different business markets,” he said.

The road has generated a real estate “stampede” and is a boost for the Spring and Klein economy, said Barbara Thomason, Houston Northwest Chamber of Commerce president.

“The Grand Parkway represents an economic catalyst of which we have not seen since the opening of the Hardy Toll Road System,” Thomason said.  [totalpoll id="169557"]

A number of retailers and commercial projects are set to open near the Grand Parkway in the next year. The Market at Springwoods Village shopping center in the Springwoods Village master-planned community has announced nine tenants, including Torchy’s Tacos, Cold Stone Creamery and Tarka Indian Kitchen with Kroger as the anchor store. Construction is expected to be finished in late 2017.

“The [Grand Parkway location] spacing was very appropriate given their other locations, and their demographics between population density and income level was checking all the boxes for them,” Nadler said. “That, coupled with exposure with the Grand Parkway and the four-way intersection with Kuykendahl [Road], made all the stars align for them.”

The 30,000-square-foot Memorial Hermann Hospital System’s convenient care clinic being constructed on Boudreaux Road and the Grand Parkway is expected to open in January.

On the other side of Hwy. 249, construction is underway on the 63-acre Grand Parkway Town Center, managed by NewQuest Properties and featuring a Sam’s Club as the anchor.

“The site is a highly successful, highly visible location and great for retailers that want to hit a very large trade area,” NewQuest associate Austin Alvis said. “It’s what we call a superregional intersection, because you’ve got the new Grand Parkway, which connects communities from south of Cypress all the way up to The Woodlands.” The Grand Parkway will effectively draw residents to the north side of Spring and Klein to shop, said Myeshi Briley, president of the Spring Klein Chamber of Commerce.

“It gives people the opportunity to shop in their neighborhood,” she said. “If you have Kroger and an emergency care [center] and Target and everything is right there, it will relieve a little of that traffic on
FM 2920 and Kuykendahl [Road],” she said.

Retail projects typically come after residential construction, Gornet said, and a number of new and expanding neighborhoods have begun building in Spring near the Grand Parkway.

One of the largest new neighborhoods under development in Spring is Laurel Park, located along Stuebner Airline Road just south of FM 2920. It is a
157-acre community developed jointly by CalAtlantic Homes and M/I Homes and features approximately 340 single-family lots, said Kevin Meuth, Houston division president for CalAtlantic Homes.

The area was chosen because of its proximity to the Klein ISD school district and The Woodlands, Meuth said. It is also ideal because of the proximity to Stuebner Airline Road, FM 2920, Kuykendahl Road and the Grand Parkway.

“The community is in a central location and provides access to the new Grand Parkway ramp at
FM 2920,” Meuth said.

Segments F-1, F-2 and G of the Grand Parkway in north Houston are expected to enhance mobility to both residential and commercial development to and from Springwoods Village, said Keith Simon, executive vice president of CDC Houston, the developer of the Springwoods Village master-planned community.

“We fully anticipate that the improved access provided by the recently opened [Segment G] of the Grand Parkway near Springwoods Village will attract new tenants, visitors and residential prospects to the community,” he said.

Multifamily projects are springing up in the community as well. The Mark at CityPlace in Springwoods Village is scheduled to open in 2017, officials said. Another apartment complex, Landmark Grand Champion added 360 units near Boudreaux Road when it opened in October, according to the apartment-leasing center. Modera Spring Town Center opened in 2014 near Spring Stuebner Road and includes 396 units, and Waterford Trails, located near FM 2920, includes 340 units and will start leasing in September, according to the respective apartment complexes’ leasing centers.

In addition to retail and housing developments, government and school facilities are affected by the Grand Parkway’s construction.

In March, Harris County officials confirmed the purchase of more than 300 acres of land located south of the Grand Parkway. The county plans to relocate the county annex currently on Cypresswood Drive, which houses the Harris County Precinct 4 constable’s office and a justice of the peace.

“With the forecast of continued growth, [building] a site along that corridor makes sense in terms of service to constituents,” Precinct 4 Communications Director Mark Seegers said.

Growth from the Grand Parkway is also putting added pressure on the schools.

Spring ISD is expected to maintain stable enrollment growth for the next several years, Communications Director Karen Garrison said. However, due to current burgeoning capacity, the district is considering a $330 million bond referendum for November, which could provide funding for two new middle schools, three ninth-grade campuses and an athletic facility. The district has identified possible sites for the facilities, some of which are near the Grand Parkway.

Data from PASA show several Klein ISD schools will be over capacity in the next few years. Projections show enrollment growing in the district from 51,610 students in 2016-17 to 60,796 students in 2025-26.

“It is widely known that the north and northwest portions of the KISD are our fast-growth areas within the district,” said Judy Rimato, associate superintendent for communications for Klein ISD. “This is partly because a majority of the other areas within the district are closer to being built out and partly due to the expansion of major thoroughfares like the
Grand Parkway.”

To accommodate the growth on the north side of the district, voters approved a $498.1 million bond referendum in May 2015 that will fund several new schools, including High School No. 5—set to open in August 2017—as well as the 10th intermediate school and possibly an elementary school, both in the north side of the district. The 10th intermediate school is scheduled to open in August 2018, according to KISD.

KISD Superintendent Bret Champion said he believes the planned housing and commercial developments along the Grand Parkway will bring a level growth not previously experienced by the community.

“The completion of the Grand Parkway through our district will have significant economic impact on the Klein community,” Champion said.

While the restaurant was initially planning to host a grad opening celebration March 23, due to the coronavirus outbreak Walk-On’s Sports Bistreaux is open for curbside pickup and delivery only. 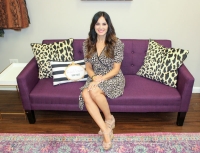 Owned by Earlene White, the shop is inspired by the uptown boutiques of New Orleans and carries women’s clothing, bold accessories and artisan jewelry that White crafts herself.

To provide relief for local businesses struggling as a result of the coronavirus pandemic, the Houston Northwest Chamber of Commerce launched a dues relief program April 1.

The Texas Tribune hosts a live interview at 8 a.m. April 2 with the Houston-area superintendent.