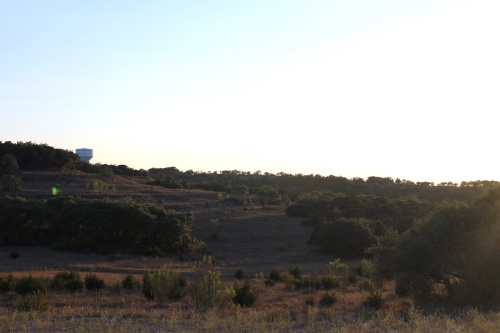 Ranch lands and private properties in Travis and Hays counties are being preserved for resource conservation and to limit future development.

Gary Puryear said he did not know much about nature conservation when he inherited his father’s 423-acre ranch near Hamilton Pool Road in Western Travis County. Members of his family had owned and lived on the working ranch since 1880, and Puryear said the emotion of losing his father made it difficult to decide whether to keep the land or sell it to a developer.

However, when he learned of the vast environmental benefits maintaining the land would bring to the area, he said the decision to officially designate the ranch as a conservation easement in 2018 was a win-win for his family.

“I came to realize just how important it was to put our ranch into a conservation because we were creating a legacy for our family,” Puryear said. “I didn’t want to be the person to sell it off; I wanted to be the one to preserve it.”

Conservation easements are agreements between landowners and area entities that allow a landowner to retain ownership of a private property while selling much of its development rights for money.

Funding for acquiring conservation easements comes from local approved bond referendums as well as state and federal money when eligible.

A need for conservation

Texas Director of the Nature Conservancy Laura Huffman said protecting areas around the Edwards Aquifer and within its recharge zone, or the area where surface water can replenish the groundwater, is a priority in Central Texas.

The Edwards Aquifer, along with the Highland Lakes and Trinity Aquifer, supplies drinking water to many residents in Central Texas from Austin to San Antonio.

“One of the best ways to protect drinking water is to protect the land on top of the aquifer,” she said. “When it rains, [undeveloped land] functions as a sponge and kind of filters that water as it goes into that aquifer.”

Davis said  about 95 percent of Texas is privately owned property, which makes working with landowners a necessary part of protecting the environment. The conservation easement program allows private landowners in key places to preserve resources on their land.

Easements are an incentive for landowners to continue owning properties instead of selling for redevelopment. As land prices and property taxes across the region rise, the payments made to landowners through the easement program help offset those costs in exchange for keeping land undeveloped.

“Many of these families and individuals have an asset, and they don’t want to see the land lost. They want to see it protected,” said Melinda Mallia, Travis County natural resource and conservation easement program manager. “If we create a conservation easement, it puts money in their pocket; it can reduce the property tax burden so they can afford to live there, and it’s a mechanism for protecting the land.”

“The Texas Hill Country is 14.5 million acres and covers 17 counties,” Davis said. “We’ve identified over 150 different groups that are working in the Hill Country to preserve water resources and to promote conservation work.”

While individual groups may have different environmental priorities, he said all efforts have positive benefits. Sharing resources leads to more effective conservation, he said.

“When you add up all the ballot initiatives that have occurred over the last 20 years, voters in the region have authorized just under a billion dollars to protect the Edwards Aquifer,” Huffman said. “Typically those election results show high voter approval.”

Austin helps manage about 40,000 acres of preserve lands and conservation easements. Much of the watershed protection land is located on the west side of Travis County, with easements located between West Hwy. 290 and Hamilton Pool Road. Austin also has easements with properties near Manchaca and in Hays County outside the city limits.

Travis County looks at particularly sensitive areas along Onion Creek in South Austin, the Pedernales River in West Travis County and Wilbarger Creek in East Travis County, Mallia said. Properties that have live springs or sensitive ecological features are made a priority, she said.

Austin, Travis County and other entities also manage the land that makes up the Balcones Canyonlands Preserve near Lake Travis and along the Colorado River. The preserve is a network of properties and conservation areas to protect endangered species, Mallia said.

Hays County has protected land through its regional habitat conservation plan, which focuses on bird habitat but has other positive environmental effects, Hays County General Counsel Mark Kennedy said. There are five private properties with conservation easements in Hays County within 5 miles of the city of Dripping Springs.

Hays County broke ground in 2018 with the Dahlstrom family to create the 340-acre Gay Ruby Dahlstrom Nature Preserve on a section of the Dahlstrom Ranch.

Through partnerships with Hays County, city of Austin, Hill Country Conservancy, Natural Resources Conservation Service and the Dahlstrom family, the ranch became one of the first large-scale conservation easements in the area in 2010, said Jack Dahlstrom Jr., the ranch’s current owner and the late Gay Ruby Dahlstrom’s son.

The family ranch was a big part of Gay Dahlstrom’s life, Gary Dahlstrom Jr. said. Creating a conservation easement was a way to save the ranch that she had lived on since 1936 from future development, he said.

“It was mom’s dream to preserve the land, and Jack Jr. worked with mom for four years on the conservation easement,” said Cecilia Barrentine, one of Jack Jr.’s sister. “She wanted the ranch to look more like it used to, and Jack has done a good job getting the land back to its original state.”

The Dahlstrom Ranch makes up about 1 percent of Hays County’s landmass, but contributes about 9 percent of the area’s aquifer recharge, she said. Natural caves and sinkholes that contribute to water recharge, as well as the ranch’s grasslands, made the property an important one to protect.

In Travis County, Puryear Ranch was a priority property for three local groups because the property includes grassland habitats for animals and streams that feed Rocky Creek and Barton Creek, Davis said. It also acts as a buffer between the Shield Ranch, which has its own conservation easement, and three subdivisions–Rocky Creek, Deer Creek and Bonham Ranch.

Puryear said he has personally seen the impacts development can have on the environment as hundreds of homes were built on land around his property over the past seven years.

“Last year I sat in front of the house at night and the impact was quite eye-opening,” he said. “The stars [were not as bright]. There’s more noise. The roads are more busy.”

Puryear said that while landowners receive compensation for the easements, it is generally below market value. However, maintaining ownership and being able to continue living on the ranch made it worth his while. The easement also assures that he can pass something down to his children.

“I can still have cows, I can still do a lot of things with the land, but nobody can fully develop it,” he said. “That value to me outweighed everything else. It was a win-win for our family and the right thing to do.”